Recently, I did a post about popular books I hate. This is a common topic among book bloggers and vloggers. But I’m not just a book blog— I’m a pop culture blog. As such, I thought it was only fitting to write a corresponding post for music. We all have those bands or artists that grate on our very souls and make our ears bleed. The hype for these musicians is unfathomable to us. We hear them on the radio or are blindsided by Spotify and a searing rage takes over us. How do these people have careers? Why are we, as a society, letting this happen? Even just a picture of their face is enough to make our eyes twitch. There are few artists and bands that truly fill me with this all-consuming fury, so the ones that do really pack a punch. Who are they? Ladies and gentlemen, meet the denizens of my own personal hell:

I have never been able to stand her voice. She sounds like someone took a child’s vocal chords, fried them, and then forcibly placed them into a woman’s body. Her voice is so irritating to me that I genuinely can’t understand how anyone can find it pleasing (let alone beautiful). Her most grating song is “Never Be the Same.” Those high notes? Nails on a chalkboard. She was the worst part of Fifth Harmony and now she’s the worst part of the current pop game. My ears will never, ever be the same.

I’ve told you guys this before, but I absolutely hate Train. I get physically angry just thinking about them. I hate their stupid songs with even stupider lyrics. And hate Pat Monahan’s voice and face. I know I’m not alone in hating Train. They’re critically panned and regarded as annoying background noise by most average people. And yet they keep making music and getting radio hits. That’s payola for you. Also, one time I saw a guy wearing a Train tour shirt. Who would not only willing pay to see Train perform, but buy a shirt to commemorate the event? And then to wear it in public? Let’s pray for his health, everyone. As for Train, let’s just say I wouldn’t be opposed to a drive by. 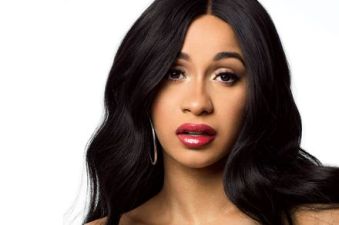 I genuinely do not understand the hype surrounding this woman. She’s so annoying and her flow— look, I’m not going to pretend I know anything about flow. But I know hers is sloppy— AT BEST. Why is she so popular right now? Why does everybody act like she’s so great? She’s not. She’s trashy and stupid and I want her off this planet. I would like the world like that. 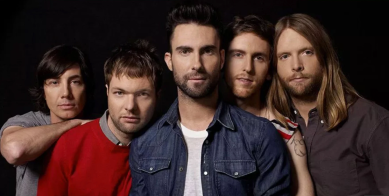 What happened to these guys? I mean, they’re the literal definition of selling out. Songs About Jane wasn’t a masterpiece or anything, but it was leagues better than what they’ve been putting out in recent years. And somehow, they keep getting worse. It should be impossible at this point, but I guess this soulless, processed band likes beating the odds. And as long as they’re still making music, I am in misery. 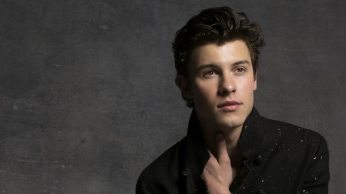 I don’t hate Shawn Mendes. In fact, I can see why young girls like him. He’s attractive and writes fun bubblegum pop. And, as far as pop boys go, he’s far from the worst. But his songs are just so bad. They’re melodramatic and all sound the same. The only song of his I like is “There’s Nothing Holding Me Back” and I think that’s just because it reminds me of Ed Sheeran’s Divide era. But for any other song, I am changing the station. Shawn needs stitches, all right— right over his mouth.

I never have and never will get the Drake hype. His music is so monotone and boring. He’s not even really rapping most of the time— he’s sing-talking. Genuinely don’t understand the general public’s obsession with him. If this is God’s plan, then we’re all doomed. 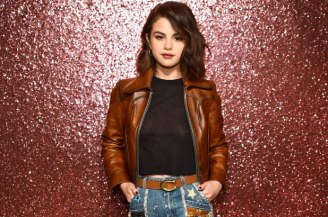 Once upon a time, I liked Selena Gomez.  However, the longer she’s been away from Disney, the more unbearable she’s become. She just comes across as so fake to me. Not only that, but her voice has somehow gotten worse and weaker. Some of that may be due to the lupus, but honestly she should just quit music altogether. I’m glad to see people starting to agree with that sentiment because this girl is not what she seems.

From Migos to the late, terrible XXXTentacion, mumble rappers are a plague on our nation and they must be destroyed. All of their songs sound the same and they’re all about the same things. How did this subgenre of rap get so popular? It’s incomprehensible, first of all. But it’s also just kind of pathetic. I’ll admit I’m not the biggest rap fan, but I have a lot of respect for their craft— that is, when it seems like they really care and are trying to make the best music they can. Not since bro country has a music subgenre been so awful and reprehensible. All it’s done is make the Billboard charts *unintelligible mumbling.*

As with Selena, I also used to be a huge Katy Perry fan. However, somewhere in between the release of Prism and “Rise,” all that changed. All her music sounds the same, touting the same tired messages again and again. It’s all empty platitudes and poorly thought-out metaphors and innuendos. According to Witness’s sales, many people agree. And yet she’s still considered one of the leading pop stars currently making music. It’s mind-boggling. She’s so generic and run-of-the-mill; when she’s not, she’s either being super cringy or relying solely on her sexuality to makes waves. I don’t have a problem with women embracing their sexuality, but there comes a point where it starts to be all you’re about. And then we realize the music was never that great to begin with. Sorry Katy, but no one wants to hear you roar anymore.

What are some bands or artists you can’t stand? Tell me about them in the comments! (And no, I will not be linking you to these “musicians’” pages. I would never subject you all to that.)