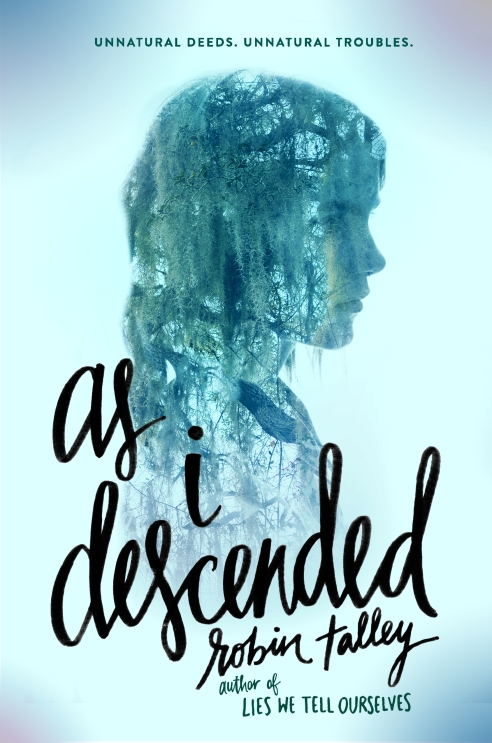 Official Summary: Maria Lyon and Lily Boiten are their school’s ultimate power couple—but one thing stands between them and their perfect future: campus superstar Delilah Dufrey. Golden child Delilah is a legend at exclusive Acheron Academy, and the presumptive winner of the distinguished Cawdor Kingsley Prize. But Delilah doesn’t know that Lily and Maria are willing to do anything—absolutely anything—to unseat Delilah for the scholarship. After all, it would lock in Maria’s attendance at Stanford—and assure her and Lily four more years in a shared dorm room.Together, Maria and Lily harness the dark power long rumored to be present on the former plantation that houses their school. But when feuds turn to fatalities, and madness begins to blur the distinction between what’s real and what’s imagined, the girls must attempt to put a stop to the chilling series of events they’ve accidentally set in motion.

My Thoughts:  I had high hopes for this book. Shakespeare and wlw? It was everything I dreamed. Reality, however, did not match what I’d hoped. It gets points for including LGBT+ rep (in the form of gay characters and bisexual characters), POC rep (several characters are Latnix), and disabled rep (one of the two main characters has to walk with crutches due to an accident that hinders her legs’ functionality), but also occasionally handles these issues in a problematic way (ex. every gay character is in the closet because they’re afraid of what people think and Maria goes out of her way to pretend she is not Latinx). I also disliked the petty cattiness that permeates this book. I know that’s par for the course in high school, but that doesn’t mean I want to read about it. My other biggest issue is that this wasn’t so much a retelling of Macbeth as it was merely changing names and setting. It was essentially the same story, not a story that uses Macbeth as a sort of frame. It also (spoiler alert) attributes all of Maria’s actions to Lily and ghosts, rather than utilizing ambiguity as Macbeth does while still holding Macbeth responsible for his choices. I also found it hard to connect with, or even like, any of the characters. None of them really stood on their own as characters, instead being Macbeth knockoffs and not even good ones at that. Despite how let down I was, this book gets an extra point for diverse rep alone. I wouldn’t recommend this book, but I also wouldn’t advise someone against reading it. Unless you’re a Shakespeare fan or particularly enjoy retellings. Then stay away.

(This review was originally posted on my Tumblr.)

4 thoughts on “Something Wicked This Ways Flops: A Review of “As I Descended” by Robin Talley”