I love to complain and critique, so honestly this list was coming. We all really should’ve known. I’ve been let down by several books this year, but, boy, were these ones stinkers. I tried to hold this list to the same qualifications as my Top 5 Books of 2016 list, but I tend to DNF books that really suck. So the qualifications instead are I had to actually be anticipating it and have at least made a genuine effort to read it (hence why you will not find Gemina by Aimee Kaufman and Jay Kristoff or Empire of Storms by Sarah J. Maas on this list) and they had to have been released this year. And so, without farther ado, here are the books that disappointed me the most in this, the year of our greatest suffering. 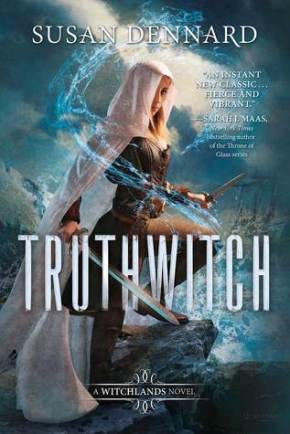 Official Summary: On a continent ruled by three empires, some are born with a “witchery,” a magical skill that sets them apart from others.

In the Witchlands, there are almost as many types of magic as there are ways to get in trouble–as two desperate young women know all too well.

Safiya is a Truthwitch, able to discern truth from lie. It’s a powerful magic that many would kill to have on their side, especially amongst the nobility to which Safi was born. So Safi must keep her gift hidden, lest she be used as a pawn in the struggle between empires.

Iseult, a Threadwitch, can see the invisible ties that bind and entangle the lives around her–but she cannot see the bonds that touch her own heart. Her unlikely friendship with Safi has taken her from life as an outcast into one of of reckless adventure, where she is a cool, wary balance to Safi’s hotheaded impulsiveness.

Safi and Iseult just want to be free to live their own lives, but war is coming to the Witchlands. With the help of the cunning Prince Merik (a Windwitch and ship’s captain) and the hindrance of a Bloodwitch bent on revenge, the friends must fight emperors, princes, and mercenaries alike, who will stop at nothing to get their hands on a Truthwitch.

My Thoughts: I really wanted to like this book. The world seems interesting and several of my friends enjoyed it. But I just could not get into this book. I tried on three separate occasions and it just never grabbed me. The only thing that really intrigued me was the story of Iseult and the Nomatsi, but that’s about it. Safiya felt like a vaguely more tolerable version of Aelin Galathynius from the Throne of Glass series and I didn’t find Merik likable at all. And I didn’t like the romance forming between the two characters. The plot was confusing and the stakes were made to seem higher than they really were. I got about halfway into this book before I eventually had to DNF it. I may still change my mind and try again someday, but for now, I’m done.

2.      The Glittering Court by Richelle Mead

Official Summary: For a select group of girls, the Glittering Court offers a shot at a life they’ve only ever dreamed of, one of luxury, glamour, and leisure. To high-born Adelaide, whose wealthy family is forcing her into a loveless marriage, the Glittering Court represents something else: the chance to chart her own destiny, and adventure in an unspoiled, prosperous new land across the sea.

After a chance meeting with the dazzling Cedric Thorn, Adelaide poses as a servant to join the crop of impoverished girls he promises to transform into proper ladies. But her familiarity with upper class life comes with a price: she must hide her identity from her new friends, mysterious refugee Mira and fiery former laundress Tamsin, and most importantly, from Cedric himself—even though she’s falling in love with him.

Everything begins to crumble when Cedric discovers Adelaide’s ruse, and she catches the eye of a powerful young governor, who wants her for a wife. She didn’t leave the gilded cage of her old life behind just to become someone else’s property. But nothing is as daunting—or as wonderful—as the potent, forbidden attraction simmering between Adelaide and Cedric. One that, if acted on, would make them both outcasts in a wild, dangerous, uncharted world, and possibly lead them to their deaths.

My Thoughts: Richelle’s books have always been hit-or-miss for me. I either love them (Vampire Academy/Bloodlines, Succubus series) or find them to be just okay (Dark Swan, Age of X). This book fell into the latter category at its best moments. The overall story was actually pretty boring. It had such promise, but the execution was dull. I didn’t care for the main character, Adelaide, at all. She never seemed to think of the consequences or of other people. She felt very snobby even when she was actively trying not to be. She had essentially no character development. Her friends, Tamsin and Mira, were far more interesting than she was and were missing for giant chunks of this book (each girl is supposed to get their own book and I’m hoping that their books are more interesting). Cedric was vaguely likable, but isn’t given very much characterization outside his secret religion and his love for Adelaide. And there relationship felt, while not quite instalove, very sudden and forced and built on virtually nothing. I could not tell you a single thing one loved about the other. I had to push to get through this book and it was only because I kept hoping for answers about Tamsin and Mira. Also, there was a mean girl character for no other reason I can think of than “of course there was.”

Official Summary: It was always difficult being Harry Potter and it isn’t much easier now that he is an overworked employee of the Ministry of Magic, a husband and father of three school-age children.

While Harry grapples with a past that refuses to stay where it belongs, his youngest son Albus must struggle with the weight of a family legacy he never wanted. As past and present fuse ominously, both father and son learn the uncomfortable truth: sometimes, darkness comes from unexpected places.

My Thoughts: I was wary about a story about the original characters’ kids. I wanted one, sure. But I didn’t think it could ever live up to the original series. And now? Having a story that didn’t live up to the original series would’ve been a blessing. The overall plot was completely nonsensical and basically ignored every facet of canon ever. I know JKR didn’t actually write any of this, but how could she sign off on this dreck? Honestly, it’s hilarious how bad this is. All of the characters from the original series are out of character. So much of the dialogue is ridiculous. And the queerbaiting! I could go on and on about how terrible this play is, but let me just mention something I liked: Scorpius Malfoy. What a magnificent little character. I truly do love him. The only good thing to come out of this play that I refuse to consider canon. 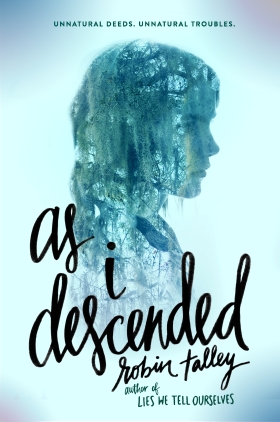 Official Summary: Maria Lyon and Lily Boiten are their school’s ultimate power couple—but one thing stands between them and their perfect future: campus superstar Delilah Dufrey. Golden child Delilah is a legend at exclusive Acheron Academy, and the presumptive winner of the distinguished Cawdor Kingsley Prize. But Delilah doesn’t know that Lily and Maria are willing to do anything—absolutely anything—to unseat Delilah for the scholarship. After all, it would lock in Maria’s attendance at Stanford—and assure her and Lily four more years in a shared dorm room.

Together, Maria and Lily harness the dark power long rumored to be present on the former plantation that houses their school. But when feuds turn to fatalities, and madness begins to blur the distinction between what’s real and what’s imagined, the girls must attempt to put a stop to the chilling series of events they’ve accidentally set in motion.

My Thoughts: I could honestly cry with how much this book disappointed me. It’s a straight-up copy of Macbeth, rather than being a retelling. The wlw relationship I was promised is barely explored as a relationship. The writing is average. It takes away all the ambiguity that made Macbeth great. The stakes don’t even make sense. And, oh yeah, it’s problematic as hell. I am honestly embarrassed by this book. 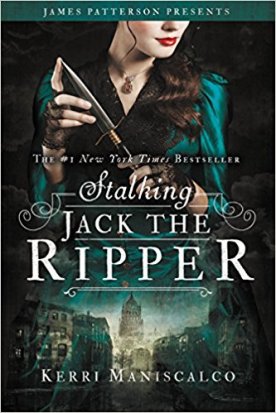 Official Summary: Seventeen-year-old Audrey Rose Wadsworth was born a lord’s daughter, with a life of wealth and privilege stretched out before her. But between the social teas and silk dress fittings, she leads a forbidden secret life.

Against her stern father’s wishes and society’s expectations, Audrey often slips away to her uncle’s laboratory to study the gruesome practice of forensic medicine. When her work on a string of savagely killed corpses drags Audrey into the investigation of a serial murderer, her search for answers brings her close to her own sheltered world.

My Thoughts: I was hype for this book. A book about the first known serial killer? I was all about that. But this book honestly did not live up to the hype. The writing style didn’t really grab me. The only character I actually liked was, in fact, the protagonist Audrey Rose. But this book made a lot of promises it didn’t keep. It promised a twisted love story between Audrey Rose and Jack the Ripper. We did not get this, as her love interest is, in fact, not Jack the Ripper. And the real culprit? I predicted that from the moment I saw him. This book was very predictable at every turn. It also promised lots of actual pictures and documents from the era that pertained to the Ripper or at least early post-mortem and forensic practices. But there actually weren’t very many. And there were less as the story went on, making it feel unbalanced. This book took my hopes and murdered them.

(This post was originally posted to my Tumblr in December 2016.)