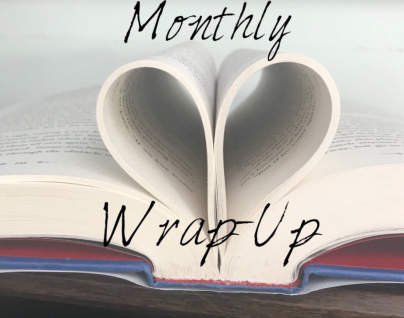 Hello, Strangers! ‘Tis the end of the month, so it’s time for another wrap-up. I don’t really know how to qualify this reading month. I don’t feel like it was bad, but it wasn’t good either. I read some good books and I read some that didn’t leave and impression (or left a weird one). In terms of numbers… yeah, I didn’t do as good as last month. I really don’t know why. Granted, I did start a couple books but put them on pause to read another (I started Given to the Sea by Mindy McGinnis, The Kiss of Deception by Mary E. Pearson, Defy the Stars by Claudia Gray, The Bear and the Nightingale by Katherine Arden, and The Hate U Give by Angie Thomas (my current read) (I got the farthest in Arden’s book.).). So, I did read a little bit more than this. But these are what I finished. And these are my thoughts:

The first book I finished was Daughter of the Pirate King by Tricia Levenseller.

As you can tell by my review, I really enjoyed this book. It follows Alosa as she intentionally gets captured in order to search for an enemy crew’s map. Alosa Kalligan captured my heart and the plot was interesting. While the magic system could’ve been built up better, I thought everything else was great. I gave this book four stars.

The next book I read was Hunted by Meagan Spooner.

My long search for a good “Beauty and the Beast” retelling finally proved fruitful with this novel. When Yeva’s father goes missing, she journeys into the forest to find him and comes across the Beast. Yeva was endearing in a different way than how “Beauty” is usually portrayed. She’s a hunter, not out of necessity (at least, not at first), but out of a genuine love for the sport. The way the Beast was handled was interesting and unique as well. The plot was very character-driven. It was pretty slowly paced, but I’m okay with that as long as the quality is good, and this book’s was great.  I also gave this book four stars.

The third book I read was Flame in the Mist by Renee Ahdieh. 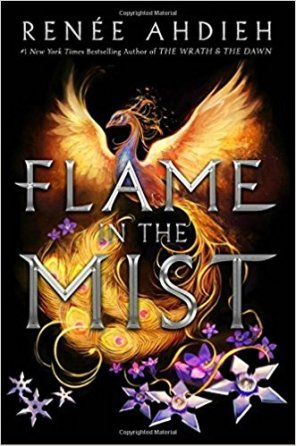 I wrote a review for this one as well, so you know how much I loved this book. It follows Hattori Mariko whose convoy is attacked and so she dresses as a boy and infiltrates the Black Clan, the prime suspects. It felt a little off at the beginning, but by the third chapter it got really good and stayed really good. I loved Mariko and Okami, as well as all (well, okay, most) of the side characters.  I found the political intrigue fascinating and I’m interested to see how magic will affect this world. And that cliffhanger! I gave this one a well-earned five out of five stars.

The fourth book I read was a reread and it was Tales from the Shadowhunter Academy by Cassandra Clare, Sarah Rees Brennan, Maureen Johnson, and Robin Wasserman.

I decided to read this book again because I hadn’t read the novellas since they came out and I missed Simon. In case you weren’t aware, this novella bind-up follows Simon Lewis as he gets his Shadowhunting education. Along the way, we see some familiar characters and meet some endearing new ones. I think I somehow enjoyed it even more the second time because the first time I was so into the flashbacks. This time, I was looking forward to Simon (as well as the flashbacks.) While I’m still not on board with That Thing, it was still a really enjoyable read. I gave it four stars.

The last book I read was Before I Fall by Lauren Oliver.

I first heard about this book in high school and wanted to read it, but never got around to it. After a while, I decided it didn’t sound like my taste. It follows Sam Kingston, a popular girl who keeps living the same day over and over again, following a fatal car crash. Reading from a mean girl’s point of view? Not something I wanted to do. Even when the movie announced, I wasn’t interested. But then one day I was in Walmart and it was there with Zoey Deutch on the cover. I love Zoey Deutch. So I bought the book. And it was actually very well-written. Sam genuinely believes what she and her friends do is a joke among her friends and doesn’t think the victims know or care. As she discovers how wrong she was, we see her start to grow. Sometimes she’s still irritating, but Oliver manages to make her flawed in a way to still root for her. That ending though. What the fuck was that? In the end, I gave it 3.5 stars.

As stated earlier, I did get a good ways into The Bear and the Nightingale and The Hate U Give, but they’ll have to wait until next month to make a wrap-up list. What books have you read this month? Let me know in the comments!

See you next month, Strangers!