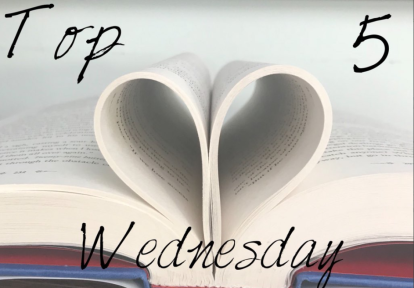 Another week, another Top 5 Wednesday! This week’s topic is your top five bromances. For this topic, a bromance is defined as a platonic relationship between two characters who identify as male. And honestly, I can’t just stick with books on this one. Because a couple of the reigning Kings of Bromance are from TV shows. And another is from a movie series. And one is actually three male-identifying characters. So, we’re branching out this week. Anyway, let’s quit with the lollygagging and get on with the five friendships I think are just bromantic.

What are your top five fictional bromances? Let me know in the comments!