Happy New Year, everyone! It’s time for my final post about 2017 and my first post of 2018! That post? Wrapping up all the reading I did in December. Okay, that wording is a tad misleading. I only finished four books in December (though I did come close to finishing Last Call at the Nightshade Lounge by Paul Krueger). In my defense, however, it’s because a couple of the books I read were really dense and took a while to get through. In totality, I read two novels and two graphic novels. For the most part, the content I read was really good, even if it took me a while to read. And so, here are the four books I finished in December:

The first book I read was The Queen of the Tearling by Erika Johansen. 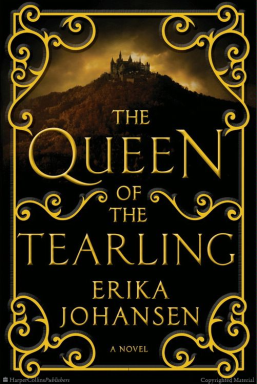 This series follows Kelsea Raleigh Glynn, the sole heir to the Tearling throne (a fantastical country that was once America before the long-ago Crossing). After she turns nineteen, her guard arrives to bring her back to the Keep (the castle) and take her place as queen. But a lot of people don’t want to see her take her throne (including her Regent uncle and the Red Queen of Mortmesne), so she must fight a dangerous uphill battle. It’s not just a fight for the Tearling— it’s a fight for her life. I loved this book. I love Kelsea. The writing was excellent. This world is wonderful. Some things feel rushed towards the end, but it doesn’t take anything away from the experience. I can’t wait to continue Kelsea’s story. I gave this book four out of five stars.

Next, I took a short break and read Jean Grey, Vol. 1: Nightmare Fuel by Dennis Hopeless and Victor Ibañez.

This series follows the time-displaced original X-Men, now led by Jean Grey AKA Marvel Girl. When Jean begins hearing a strange voice, she realizes she is being pursued by the very Phoenix Force that was the original Jean Grey’s downfall. She goes in search of other survivors, in the hopes of finding a way to avoid her fate. I really enjoyed this story. It cleverly bridges the gap between old issues and story arcs of the X-Men and begins a new story. I love Jean Grey so much and would gladly die for her. I can’t wait for the next volume! I gave this one four out of five stars.

Then I eagerly picked up and read The Invasion of the Tearling. 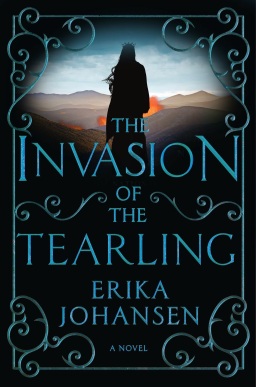 This book picks up a few months where the first left off. In the interest of avoiding spoilers, I won’t give a plot summary for this. However, I will say that Kelsea forms a mysterious connection with a woman named Lily from pre-Crossing America. This one is a bit more difficult to read, as Lily’s world is deeply misogynistic and deals more directly with rape. However, this was still another great installment! I love Kelsea so much and hope to see more of her and Pen in Fate. Also, that ending was amazing. I gave this one four out of five stars as well.

Despite enjoying the series, I needed another short break, but longer than the one I took previously. I started that break with X-Men Blue, Vol. 1: Strangest by Cullen Bunn.

This series also follows the time-displaced original X-Men, but this one focuses more on the group as a whole. Plot-wise, however, it’s very difficult to explain. I’ll just say Jean and her crew fight against many foes, all while playing a dangerous game with an old enemy. I wanted to love this, but the story was too full of alternate realities and time travel. It got difficult to care because so much was coming from other issues of X-Men. I also didn’t care for the art. In the end, I only gave this two out of five stars.

Have you read any of these books? What did you think of them? What books did you read in December? Tell me about them in the comments!