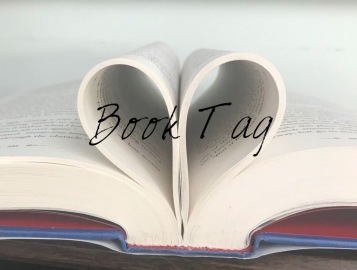 You know how on almost every BookTube video the BookTuber starts off with a disclaimer? That whole “This is just my opinion. You can like things I don’t. Blah, blah, blah” thing. I get why they do it, but it’s still annoying. It’s a given that anything you say is just your opinion. That’s why I never bother giving disclaimers. I expect my audience to be mature enough to remember that. And, it seems, BookTubers have gotten sick of it too. I’m not sure who created the No Disclaimers Book Tag, but thank you for putting an end to this bullshit one post or video at a time. So, what are my completely unfiltered opinions? Let’s find out:

The reluctant monster, the Strong Female Character™, the love triangle, instalove, the girl who says she’s not pretty even though all the boys are in love with her, “I’m not like other girls,” and the invincible, godlike hero.

I’ve only “joined” BookTube as a viewer, but some of the worst books I’ve read since then (late 2016, if you’re curious) are Something Strange and Deadly by Susan Dennard, The Glittering Court by Richelle Mead, Holding Up the Universe by Jennifer Niven, and Harry Potter and the Cursed Child by Jack Thorne and John Tiffany. I’ve DNF-ed some books even worse than these, but I don’t want to include those here.

I hate the ending to Ruin & Rising by Leigh Bardugo. I’m going to spoil it a little, but I hate, hate, hate how Alina loses her powers. I also hate that she ends up with Mal— he was such a piece of shit. Everything else was fine, but those two things really put a damper on an otherwise good book/series.

Spoilers ahead: Fred Weasley, Hedwig, Dobby, and Tonks from Harry Potter by JK Rowling; Livvy Blackthorn from The Dark Artifices by Cassandra Clare; Finnick Odair from The Hunger Games by Suzanne Collins

I hate when people dog ear the pages in my books or when they leave it open and facedown. The book will never close the same way again if you do that!

If We Were Villains by M.L. Rio, Jane, Unlimited by Kristin Cashore, and The Female of the Species by Mindy McGinnis. All so good.

I think both are wrong. Writers should be able to write what they wish and not have to worry about how people will take it. Of course, there’s always the limitations of your target audience (ex. a middle grade book wouldn’t and shouldn’t include swearing or sex), but subject matter should never be off-limits. And, of course, books should never be banned. Even the most heinous books can tell us something.

I tag whoever wants to do this. Get some.

Do you have any answers to any of these questions? Let me know in the comments!

One thought on “The No Disclaimers Book Tag”