Well, we’ve reached the end of August. Can you believe it’s already September? This year is really flying by. Halloween is right around the corner! But before we enter spooky season, we have to finish up with summer. First step? Telling my loyal followers all about the books I read this month. I don’t know whether to qualify August as having been a good or bad reading month— it just was. I read five books total, all novels. Well, four novels and a memoir, but same thing. Fortunately, the quality far outweighs the quantity. So, let’s get into discussing that quality, shall we?

The first book I read was The Seven Husbands of Evelyn Hugo by Taylor Jenkins Reid. 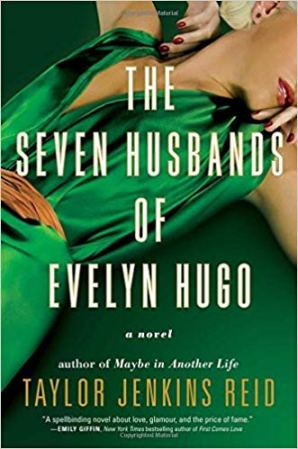 Told in dual-perspective, this novel follows virtually unknown journalist Monique Grant as she settles into life as a soon-to-be divorcee. One day she gets the opportunity to interview Hollywood legend Evelyn Hugo— the first interview she’s given in decades. It is through this interview that we learn about the scandalous life of Ms. Hugo and the ins and outs of her former relationships. However, as the interview goes on, Monique learns that their lives may be more connected than she thought. This book combines three of my favorite things to read about: complex and flawed characters, ladies in love, and Hollywood life. I kind of hate how the summary lowkey gives the ending away— or at least part of it. Anyway, great book and one I’d actually like to see a movie for. I gave this one a well-deserved five out of five stars.

Next I decided to be a dutiful reviewer and read the ARC for Mirage by Somaiya Daud.

This story follows Amani, a village girl who lives on a moon. On her majority night, she is whisked away by the royal droid army and taken captive. You see, she looks exactly like the princess and has been tasked with posing as her body double. Things become more complicated when Amani meets Idris, Princess Maram’s fiance. The longer Amani spends in the palace, the deadlier her situation becomes. I enjoyed this book, but it had its flaws. The world-building isn’t great, there is instalove, Amani’s narration is often repetitive, and there are relatively no stakes. However, the romance is well-developed after the instalove, Maram is a fascinating character, Amani and Maram’s dynamic is complex and interesting, Amani is a wonderful character, and it’s ownvoices. For my more in-depth thoughts, check out my review. Ultimately, I do recommend this book. It’s just not a new favorite. In the end, I gave it three and a half stars.

Once I finished that, I was in the mood for something gay. So, I picked up The Abyss Surrounds Us by Emily Skrutskie.

Taking place in a future version of America, the story follows young Reckoner trainer Cas Leung. On her first solo mission, Cas is captured by pirates and tasked with raising a baby Reckoner they’ve been hiding. In order to help her with her task, pirate captain Santa Elena tasks her mentee Swift to keep her alive. Naturally, those close quarters lead to romance. But can Cas turn a Reckoner on her own people? I have mixed feelings about this book. The world-building is spectacular, but the characters and relationships are mediocre. It also wasn’t quite as gay as I’d hoped. Still, I’m interested to see how the next book plays out, especially given Cas’ choice at the end. I’ll continue this series at some point. Just maybe not right away. I gave this book three stars.

I’d gone to the bookstore and really wanted to read one of the new books I’d gotten. I chose Wishful Drinking by Carrie Fisher.

In this short memoir, Fisher tells us about everything, from her family to the death of her friend to Star Wars to her battle with mental illness. Through her trademark wit, Fisher infuses all of these things with humor. This memoir is much better than her most recent (and sadly last) memoir, The Princess Diarist. I laughed out loud more than once and fell in love with Carrie’s crazy family. I also loved the glimpse into old Hollywood life. I’ll definitely read more of her work. Perhaps a bit generous, but I gave this book four stars. RIP Carrie.

The last book I read in August was The Kiss of Deception by Mary E. Pearson.

This book follows Princess Lia, as she runs away from home in order to escape a political marriage. She also steals a valuable book from the Royal Scholar. Little does she know, she is pursued by the very prince she was to marry and an assassin. The twist is, the reader doesn’t know which is which. As always, things aren’t so simple in Terravin, especially when Lia starts falling for one of her pursuers. Will Lia be able to use her gift to save herself and those she loves? This is a slow fantasy that comes light on the fantasy. And yet I really enjoyed it. Honesty, I think it’s because of how much I enjoyed Lia. She feels so real, flawed but always wanting to do right. I also loved Rafe. If they aren’t endgame, I will sue. I gave this book four out of five stars.

What books did you read in August? Tell me about them in the comments!