Today we’re taking a break from year-end lists for Top 5 Wednesday. It’s been a while since I did a T5W post, but this was a topic I just had to cover. 2019 is going to be filled with some super awesome releases. I really had to look inside my soul in order to narrow my list down.

Honorable mentions for this week’s post are Slayer by Kiersten White, The Gilded Wolves by Roshani Chokshi, The Beautiful by Renee Ahdieh, The Dragon Republic by R.F. Kuang, and The Starless Sea by Erin Morgenstern.

The City of Brass was the first book I rated five stars this year, so I’m super pumped for the sequel. The series follows Nahri, a con artist in 18th Century Cairo who accidentally conjures a djinn during a routine ritual. He whisks her away to Daevabad, the legendary home of djinn and daeva.

Presumed to be the long-lost descendant of the former ruling family, Nahri is swept up in the dangerous politics of Daevabad. Meanwhile, Prince Ari is courting treason by helping the underground resistance. If he is caught, his life is on the line.

The story is action-packed, the writing vivid, and the romance swoon-worthy. If Chakraborty’s debut was this good, I can’t imagine how amazing The Kingdom of Copper will be.

I have been anticipating this Grishaverse spin-off since I first heard about it in 2015. The story follows Nikolai Lantsov, my favorite character from the Grisha trilogy. Post-war Ravka is vulnerable and, as king, Nikolai is willing to do anything to protect his people.

With a team of allies, he travels to the far corners or Ravka to find the powerful magic he needs to vanquish his enemies— and get rid of the dark curse plaguing his soul. But not all wounds can be healed, and Nikolai may be in for more than he bargained.

Not only does the story sound awesome, but it’s more Nikolai content. Honestly, what more could you ask for? 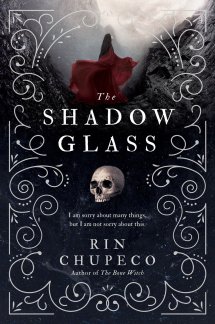 The Bone Witch is a tragically underrated series, and I will not rest until everyone reads it. 2019 is bringing the conclusion to this thrilling series, and I absolutely cannot wait to watch Tea Pahlavi burn down the world.

The series follows the aforementioned Tea, an asha with the power to raise the dead. As she grows up and develops her powers, Tea begins to uncover dark secrets the asha council has buried. The more she learns, the more she turns away from them and becomes the antihero she was meant to be.

I put off reading The Heart Forger for way too long, but I won’t drag my feet this time around. At least I don’t plan on it, although I am a mood reader. But hey, I’m always in the mood for a bad bitch.

As a fantasy, Of Fire and Stars was mediocre. But as a F/F romance? Phenomenal. I’ve been raving about how beautiful that slow-burn romance is since 2016. And I’m not about to stop.

The story follows two princesses, Dennaleia of Havemont and Amaranthine of Mynaria. To seal an alliance between the two kingdoms, Denna is betrothed to Mare’s brother the Crown Prince. But Denna harbors a secret that could get her killed in Mynaria, where magic is forbidden. Denna has an Affinity for fire, and must hide her growing magic. She must also take horse-riding lessons from the rebellious Princess Mare.

When an assassination rocks the kingdom, the girls join forces to find the culprit amidst a tangled web of politics. As the girls search for answers, they begin to grow closer. But acting on their feelings could jeopardize the alliance and cost them their lives. Hey, no one ever said love was easy.

Next summer, the long-awaited sequel will finally be here. My only hope is Coulthurst’s plot and world-building are better in this installment than they were in the first. All I know is, I can’t wait to have my soft girls in love back in my life.

I have been waiting for The Last Hours since 2013. Six years later, and it’ll finally be a reality. I was starting to think the series didn’t even exist. Hell, I still kind of don’t. And I won’t until this book is physically in my hands.

Partially inspired by Great Expectations by Charles Dickens, this series takes place during the Edwardian era and follows the children of the Infernal Devices characters. A great plague is devastating the Shadowhunter community, shattering the peace they’ve had since the 1860s.

Meanwhile, unrequited love is in the air. Cordelia Carstairs pines after James Herondale, who longs for Grace Blackthorn. But it isn’t despairing love that will change their lives— it’s the grim new threat against Shadowhunters. Cordelia, James, Lucie, and their friends will have to learn the terrible price of being a hero.

I fully expect to adore this series. Even though Clare has let me down in the past, I still have faith in her writing. She’s got me in chains and I am but a slave to her stories.

What are your most anticipated 2019 releases? Tell me about them in the comments!

I’ve recently become an Amazon Affiliate! If you’d like to help me continue to post consistent content, check out the link below! Christmas is right around the corner— less than ten days away! If you or a loved one are in the market for a new laptop, I recommend the Acer Aspire! I bought one earlier this year and have loved it! It’s an HD laptop with 4GB of RAM. For my fellow writers out there, it also comes highly recommended as a writing laptop! Give a gift that says, “I want to help you follow your dreams.”