If I’ve noticed anything about myself, it’s that I’m terrible at sticking to TBRs. I’m a mood reader, so I tend to view TBRs as books I want to get to at some point, rather than a solid plan. Occasionally I can stick to a monthly TBR, but even that can be difficult.

Honestly, the books at the top of my TBR are usually the books I’ve gotten most recently. But that hasn’t helped my ever-growing list of TBR reads to, well, stop ever growing.

I actually rearranged my books so that I have an entire bookshelf of TBR reads (technically, it’s a repurposed CD shelf but we make do where we can). It’s helped some, but I also went to the bookstore recently with $200 in gift cards (nerd flex). So… maybe it hasn’t helped that much.

Anyway, all this is to say I often forget I have books on my tablet. Many of these books are ARCs and free eBooks I’ve gotten from Netgalley. In my time as a blogger, I think I’ve reviewed three ARCs. I have absolutely received more than three ARCs.

In order to be a better blogger (and hold myself accountable), today I’ll be discussing four ARCs (since only four have not been released yet… whoops) I need to read and review before they come out. If I confess my shame to all of you, perhaps I’ll be able to treat this like a promise. I don’t break promises. That shit’s sacred, bro.

And now, here are the four ARCs I need to read and review before they come out, Ren:

Phineas Smith is the only human student at Mather’s School of Magick. He has the rare ability to tap into unlimited magick and both Faerie Courts will do anything to get him on their side. As war looms on the horizon, Phineas must form an alliance with his roommate and nemesis, Unseelie Prince Roark Lyne. Caught in a fog of sexual tension and dislike, the boys begin to grow closer. But this newfound intimacy may unlock a secret that could either turn the tide of the war or destroy them both.

This book has it all. Hate-to-love? Check. M/M romance? Check. Faerie Courts? Check. World-changing war? Check. It comes out on February 25th, so I need to read this one sooner rather than later.

In a patriarchal society, women are treated as second-class citizens. When the after-effects of a spell give women a bargaining chip, two women find themselves in powerful positions. Alys is the widowed mother of two children and the disinherited daughter of a king. Then she discovers a talent for magic and politics— both under the domain of men.

Meanwhile, Ellin finds herself unexpectedly on the throne. She is expected to marry and surrender the throne to her husband, but Ellin has other ideas. The tensions building grow worse when a caravan of exiled women and the soldier escorts find a new source of magic— one only women can wield. The men in power will do anything to keep the patriarchy intact, but the women are ready for revolution.

Okay, so I’m hoping the book is a little more nuanced than the summary suggests. But I’m still super pumped to read it. I don’t think I’ve ever seen a high fantasy book be so unapologetically feminist. This fantasy epic comes out on March 5th, so I plan to read it in February.

Narrated by a witch who’s better at storytelling than magic, this is the story of the Berger family. Well, it’s about their descendants. They were on top of the world before the fire during the annual Feast of Sullivan— now they are scattered and on to wild new adventures. From a home for wayward boys to church rivalries to a makeshift prison, these characters find themselves in a world where anything is possible.

Honestly, it’s the witch narrator that really sells the story for me. It’s just such a cool concept. This book comes out on March 26th, so I probably won’t read it until a week or two before. But I will read it.

Zadie Kalver’s town is protected by a dark and mysterious labyrinth. When Zadie’s best friend disappears into the vast maze, she enlists the help of notorious killer Dex in navigating its terrifying depths. He is the only one who knows the safest path through the frightening illusions and deathtraps, and Zadie has to find her friend before she loses him— or her life— forever.

I love stories with a foreboding setting that is practically a character in and of itself. This one sounds deliciously dark. It comes out June 4th, so I plan to read it by the end of May. 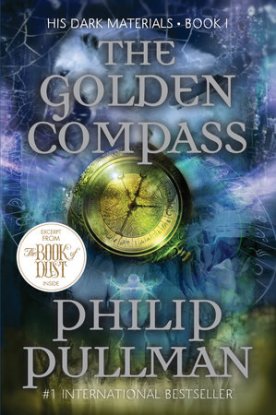 Surprise book number five! And it’s not an ARC! I’ve just had this book on pause for a while and want to finish it by the end of January.

Ten-year-old Lyra is coming of age in a world identical to ours, except that everyone has a daemon (a shape-shifting creature that protects them). When Lyra’s friend Roger and her uncle Lord Asriel go missing, she does everything in her power to get herself onto an expedition north. Rumor has it that missing children are taken to the Arctic, where a mysterious Dust hides a city in the sky. What Lyra doesn’t know is that in order to help one of her missing loved ones, she may have to betray the other.

I’m reading the omnibus version that includes all three books in the His Dark Materials trilogy, so I’m not quite sure how far into this book I am. I’d guess a little over halfway. I really love the timeless quality this story has, how easily accessible it is for people of all ages. I plan on finishing The Golden Compass before the end of January and continuing the series later in the year.

So, what duties have you been neglecting? I mean, what books are at the top of your TBR? Tell me about them in the comments!

If you’d like to help me continue to post consistent content, check out my Amazon Affiliate link below! Today’s product is the Acer Aspire. This is the computer I use to write my blog posts. It’s an HD laptop with 4GB of RAM. Even if you don’t buy it, I still get credit when you use my link to shop on Amazon.

One thought on “Top 5 Wednesday: Top of Your TBR (AKA The ARCs I Need to Read and Review)”