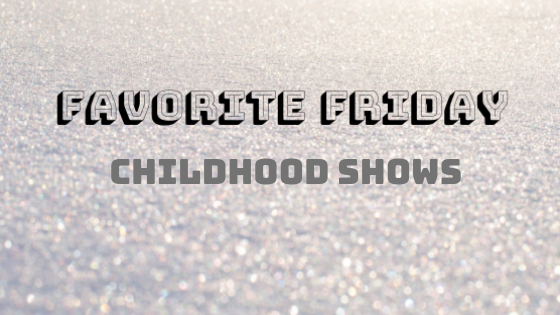 Favorite Friday is a meme in which I discuss some of my favorite things. Some Fridays it’ll be based on a topic, while others it’ll just be about some of my recent favorites.

I grew up during a golden era of children’s programming. Not to be all “Only ‘90s Kids,” but we really did have some great shows to watch. So many iconic TV shows graced our screens from Nickelodeon, Disney Channel, Cartoon Network, and PBS Kids. We were spoiled.

But some of those shows, at different points in time, stood out above the rest. I loved a lot of shows, but these shows were the ones I held nearest and dearest to my heart. They became a part of my identity, helped shape who I am.

What are these shows that inspired and entertained me so? Chances are, if you’re a reader of my blog, you’ve already guessed at least half. 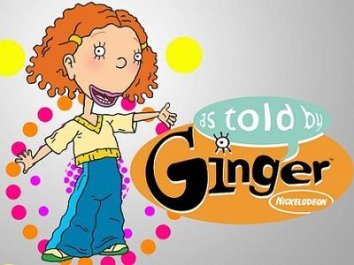 Even as a teenager, I wasn’t really into teen dramas. This coming-of-age cartoon is as close as I ever got. Perhaps comparing it to a teen drama isn’t totally accurate, but it was more serious than most kids’ cartoons. It dealt with real issues, from puberty to the loss of a loved one. Moreover, I always loved that the popular girl wasn’t mean and was even friends with Ginger. Put some respect on Courtney Gripling’s name.

Every kid had a Pokémon phase. Mine took place mainly during Indigo League. However, I also watched Orange Islands and some of Johto League. For the period I was into Pokémon, my entire life revolved around it. Every game I played— including board games— involved Pokémon. And, for a time, I was Jessica— the greatest Pokémon master. One day, I hope to be that great again.

I can’t even fully articulate why, I was just super into this show. Kid turns into a dragon? Romeo and Juliet-style romance? Quality humor? I’m all about this show (in both art styles).

Imagine you’re ten years old and struggle with social anxiety and shyness. You have a couple close friends, but otherwise don’t fit in. You’re just an average girl whose inside doesn’t always show outside. For you, Lizzie McGuire is a godsend. I think Lizzie was the first character I truly saw myself in. I related to her struggles. And she got to sing on TV with a pop star. Honestly, we both deserve that.

Did you like any of these shows when you were a kid? What were your favorite childhood shows? Tell me in the comments!