In case I haven’t been obvious, Halloween is my favorite holiday. I wish spooky season lasted longer than a month. In fact, I’m considering doing a second spookathon in December inspired by The Nightmare Before Christmas (in the sense that I will be mixing the two holidays together).

In the spirit of Halloween, I thought I’d do this tag. I found it on The Naughty Librarian’s YouTube channel and it was just the tag I was looking for. Get your costumes ready! It’s time for some tricks and some treats. 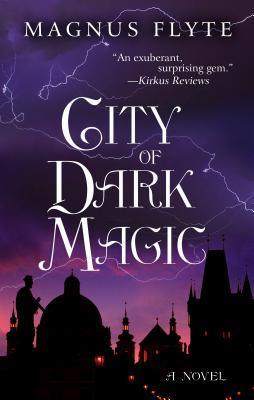 I read this book during spooky season last year and hated it. The characters are awful, all the plot happens off-screen, and the humor is embarrassing. It is the only book I’ve broken my Current Year Book Reviews Only rule for. I only finished it because it’s the book version of the car wreck you can’t look away from. Even though damaging books goes against every fiber of my being, I’m willing to make an exception for this travesty.

If you haven’t read or watched Gone Girl, I won’t spoil anything. Let’s just say this “cool girl” isn’t what she seems.

I mean, all she does is destroy everything and try to take over the town. And she does it just because she can. As a woman, this Vengeful character is an absolute treat.

I bet you never expected to see a Laini Taylor book called “sweet.” But what can I say, this novella is just so soft. It’s the story of how Zuzana asks out Mik and of their first date. The story is referenced in the main Daughter of Smoke and Bone trilogy, but here we get to actually witness it. And it’s so cute. Truly an underrated gem.

Though only a minor Shades of Magic character, she was taken from us way too soon. I want to know more about her life, about how she became an Essen Tasch champion, and about who she is. I don’t remember if she has a canon sexuality, but in my heart she is a lesbian. Maybe she can become my ghost girlfriend. Who knows?

There is a scene in this book that is so horrifying, I had to pause after every sentence. I considered skipping it, but then I remembered that’s what horror is supposed to do to you. And, because I think everyone should know if an animal dies, someone kills a cat. It was traumatic.

If you want to try your own hand at this tag, consider yourself tagged! Or just let me know your answers in the comments.