The Most Underrated is a meme in which I discuss the most underrated songs by an artist or band. Occasionally I may branch out, but this is the main theme. Today’s artist spotlight is on Avril Lavigne! 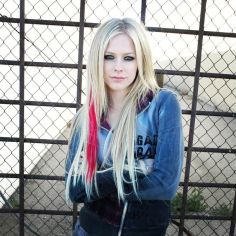 I was in fourth grade when 17-year-old Avril burst onto the scene with her iconic album Let Go. In fact, I maintain it’s her best album to this day and I know I’m not the only one to think so. But that doesn’t mean she hasn’t released good music since. In fact, some of the songs she’s released since her debut in 2002 are downright… underrated.

Today I’d like to talk about those songs. From Let Go to self-titled (alas, I’m not including anything from Head Above Water), these are the songs I think deserve more appreciation.

Picture this: you’re a shy, grumpy teenager revisiting Avril’s debut album. For the first time, you appreciate this dark and pessimistic diatribe. Steeped in angry guitar and heavy drum beats, Avril bemoans the fact that the guy she likes hardly notices her. But it doesn’t come across as petulant; no, Avril’s anger feels legitimate and even justified. didn’t just want this song as a teen— I needed it.

Yes, I’m including two songs from Let Go. Deal with it. This was my favorite Avril Lavigne song when I was a kid. Is it a bit like the “I’m weird” Jughead monologue from Riverdale? Yes, but I’ll allow it because Avril was a teenager. But this isn’t just edge for the sake of it— this mid tempo track is an anthem for living life to the fullest, even when/if it hurts. Pain is a vital part of life, after all. This song is truly anything but ordinary.

I might as well throw out the pretend rules that I don’t include singles in these posts, because clearly I do. But no one thinks of this Under My Skin single when they think of Avril, and they really should. It’s a bright spot on an overly angsty sophomore effort. It’s delivered sardonically in an effort to mask the very real pain Avril is feeling. Though Avril didn’t get her happy ending, she got a great song out of it.

I’ve been a The Best Damn Thing apologist for years, but after listening to it for the first time in a while in preparation for this post… eh, not so much anymore. This was Avril’s brat era, which doesn’t hold up so well. Between the cockiness and the rampant girl hate, The Best Damn Thing is not an album that fares well in 2021.

However, “Alone” is a punky kiss-off to a guy who just wants to play games. Why does he keep ending up alone? Because he sucks, and Avril’s not afraid to tell him so. It’s loud and pitying, the little sister to P!nk’s “U + Ur Hand.” You’ll never feel alone rocking out to this jam.

If I recall correctly, Goodbye Lullaby was regarded as somewhat of a return to form for Avril. That’s debatable, but it does feature some classic songs. Case in point: “Push.” It’s a sweet little tune about working hard to keep a relationship going. Teamwork makes the dream work, and the acoustic guitar and Avril’s delicate vocals make this song work. It doesn’t take a lot of pushing to accept that this song is great.

From Avrils’ self-titled record, this song sounds almost nothing like her. And yet I love it anyway. It’s a bittersweet pop jam about a relationship that wasn’t built to last. Instead of being filled with regret, Avril embraces the pain and reminisces on times gone by. In a way, it’s almost hopeful. As she says on the track, “It’s just goodbye./It’s not the end.” Life goes on, after all. Say hello to this incredible little song!

Do you agree with my choices? What Avril Lavigne songs do you think are underrated? Let me know in the comments!

2 thoughts on “The Most Underrated Avril Lavigne Songs”