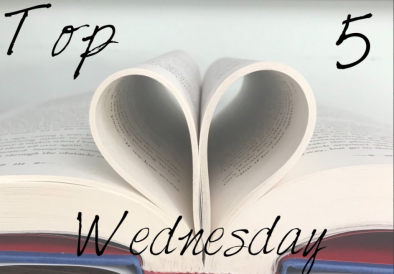 Happy Halloween 4th, everyone! It’s the best time of year, when everything’s dark and creepy and then suddenly warm and merry. And amidst all that: Wednesdays. The Top 5 Wednesday topics this month are perfect for the Halloween spirit, and this week is no exception. This week’s topic is your top five books that feature witches. They don’t have to be about witches, but witches have to be prominent in some manner. I’m giving myself a caveat and not letting myself choose Harry Potter. It is far too easy. I suggest anyone else doing this tag does the same. Fortunately, witches aren’t a rarity in literature, so I have plenty to talk about. Let’s get started!

What books featuring witches do you like? Tell me about them in the comments!