Once again, I’m lagging behind in posts. I just haven’t had any time to write. However, since my last post, several things have occurred that I have opinions on. Instead of spreading all those out into their own posts, I’m going to discuss them all here in one big collection of thoughts. And so, in (mostly) no particular order, here are my thoughts on some things:

In fact, I think it was better than the first one. Maybe it’s because I’m biased towards Lily James or because I only just saw the original for the first time a few days ago, but this movie has stuck with me in a way the first one hasn’t. Lily shines as young Donna Sheridan. I swear, this soundtrack has been all I’ve been able to listen to since I saw the movie on Monday. It’s just a fun, fun flick. 10/10, would absolutely watch again.

2.  Speaking of movies, Love, Simon is one of the best book-to-movie adaptations I’ve ever seen.

I liked the book, but I loved the movie. I don’t know what it is about the film, I just like it more. Simon is snarky and lovable, and his relationship with Blue is built up better (at least, the IRL part). I laughed, I cried, and I had a great time. After I watched it, I immediately bought my own copy. Such a great movie.

What can I say? I’m a sucker for a good revenge story. And… I kind of don’t agree with everyone who says it’s problematic. Yes, people suddenly treat Patty well when she loses weight, but that’s exactly what makes her snap. They didn’t think she was worthy of being treated as a, well, human when she was fat. But now that she’s “hot,” suddenly she is. Of course it’s wrong— the show doesn’t pretend otherwise. All that said, if this is something that could be triggering for you or it otherwise upsets you, by all means don’t watch this show.

Seriously, her new album Take Me to the Disco is so good. I don’t know that I’ll review it (I hardly have time for posts as it is), but just know it’s fantastic. It’s dark alternative and I just can’t get enough (no pun intended!). She gets my vote for an appearance at Firefly next year. I would kill to see her live. 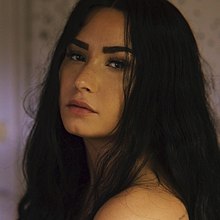 I almost feel bad including this in a larger post, but I really don’t have much to say. I just feel so much sadness and worry over Demi’s overdose and current state. It must feel awful to be sober for six years, only to relapse and find yourself in a situation like this. I really hope she goes back to rehab. I just want to see her happy and healthy again. She means so much to me and I can’t bear to see her suffer. However, she made it six years sober before— she can do it again, and she can do it for longer. I just hate not having any concrete information. No matter what, I wish her well.

Anyway, those are some of the things I’ve been thinking about lately. It felt good to finally get my opinions out there. Until next time, fellow kids!

One thought on “Stuff I’ve Been Thinking About Lately”