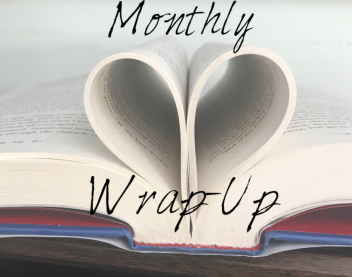 This month has easily been one of the best reading months I’ve had all year. I finally feel like I’m hitting my stride again. Not only did I read more than I have been, but the content was overall pretty good. It’s enough to remember why I was once such a big reader— it’s fun! This month I read five novels and one short story, making for a total of six books read. From the beginning to the end, here are the books that really made July a stellar reading month:

I started the month off by finishing my reread of The Young Elites series by Marie Lu. That last book is called The Midnight Star. 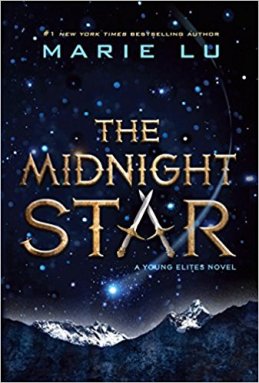 Being the series conclusion, I don’t want to give to much away about the plot. Let’s just say this is Adelina Amouteru at her darkest and truest. For a more detailed series summary, check out last month’s wrap-up.

Okay, so I may have recently said The Rose Society is the best book in this series. But I was wrong. I genuinely cannot choose between that book and this one— both have their merits. Either way, this is the only one that made me cry. Such a great series. Marie Lu really struck gold with this. I gave this book a full five out of five stars.

Next I read A Reaper at the Gates by Sabaa Tahir. 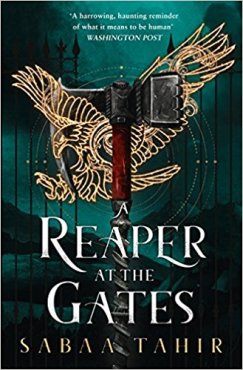 Once again, I don’t want to spoil too much about the plot because this is the third book in a quartet (An Ember in the Ashes). This series follows Laia, Helene, and Elias as they fight for and against the Empire. The three find themselves in a world of violence, political intrigue, and mystique.

If you want to hear my more in-depth thoughts, check out my review. But the TL;DR of it is that this is, hands down, one of the best books I’ve read so far this year. I mean, wow, I really underestimated Tahir as a writer. She’s crafted such an intricate world, such amazing characters, and such an unpredictable plot. Tahir has always thwarted my expectations, but this book took things to the next level. It was well worth the two-year wait. I am so excited for the finale! What a triumph!  I gave this one a well-deserved five stars.

After that heavy fantasy, I decided to read The Poet X by Elizabeth Acevedo.

This novel is about Xiomara, a young Latina girl judged for having curves. Xiomara finds herself with a plethora of personal struggles, from her strained relationship with her religious mother to her first romantic relationship to her evolving relationship with her twin brother. The one thing that gets her through it all is her poetry. In fact, the whole book is told in verse!

This was a moving, heart-warming story. Xiomara really lets the reader in through her poetry. I teared up a couple times and was grinning at the end. I feel like the pacing could’ve been better (especially the resolution), but overall this was a good book. I gave it four stars.

Then I wanted a quick read, so I read Learn About Loss by Cassandra Clare and Kelly Link. 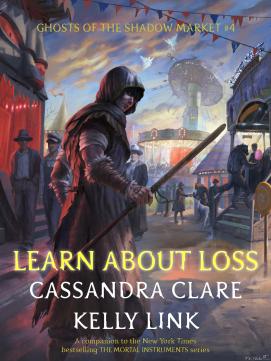 The fourth story in Ghosts of the Shadow Market, this one follows Jem and an Iron Sister as they investigate a Shadow Market masquerading as a mundane carnival. In this story, Jem must also make a difficult choice.

This story felt a lot more rushed than the previous ones and just didn’t strike me the way they did. That whole ending bit and Jem’s choice though? Stabbed in in the heart. I gave this story three and a half stars.

I’d gone to the book store in July, so I wanted to read one of my new purchases. I settled on My Plain Jane by Cynthia Hand, Brodi Ashton, and Jodi Meadows. 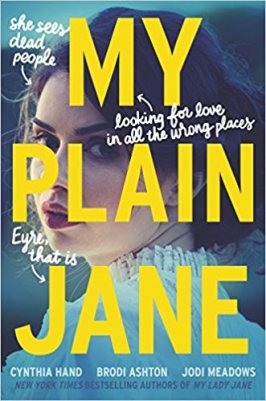 A companion to 2016’s My Lady Jane, this novel is a (loose, loose) retelling of Jane Eyre by Charlotte Brontë. In this version, Jane is a seer who can see ghosts. She has two best friends, Helen the ghost and the aforementioned Charlotte Brontë. The girls get caught up with Alexander, an impeccably polite ghost hunter and adventure abounds!

This was such a fun, cute story. It’s not high literature by any means, but it doesn’t have to be. It’s tongue-in-cheek and sweet. I laughed, I cried, and I enjoyed the ride. Sure, it was a bit predictable, but I read these books for the silliness, not their ability to surprise me. This sounds like a condescending review, but I actually find such a book refreshing. In fact, I think I enjoyed this one even more than the previous one (although I loved the cameo)! I love how the authors combined the story of Jane Eyre with actual history. It was cool. I’m excited for the next one. I gave this one four stars. 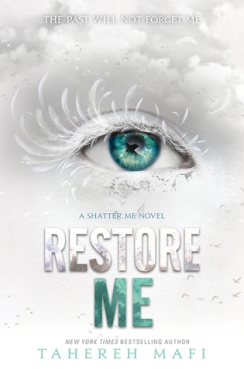 As this is the fourth book in the Shatter Me series, I don’t want to spoil too much. The series follows Juliette, a girl with a lethal touch. After spending nearly a year in an asylum, she is set free only to be set on course to take down the Reestablishment. The story is part-dystopian, part-X-Men.

So, parts of this book were fun, but mostly this didn’t live up to the hopes I had. I think I just don’t love this series the way I once did.

However, more than that, I hate how Mafi waited until book 4 to finally bother to do any world-building. Suddenly, The Reestablishment is worldwide and headed by five families (one per continent). It’s obvious Mafi never planned for this but, once she decided to expand the series, realized she had to embellish her world a little more (that is, actually provide some context).

Moreover, Juliette and Warner’s character development wasn’t great. Which is to say… it didn’t exist. Both characters were stuck in a loop of self-doubt and self-confidence, fighting the same internal battles over and over again. I remember being so impressed with their development before (especially Juliette’s), so this was a huge letdown.

Lastly, this book has no plot. However, it’s not really character-driven either. I mean, Juliette and Warner just keep doing the same things over and over. Oh, and then about halfway through some Obvious Revelations are made— revelations I found evident and didn’t understand why they were being dragged out.

I wish I could say I loved this book, but I’m not even sure I liked it. It was just intensely readable and, at times, entertaining. Will I continue the series? I honestly don’t know. I haven’t decided yet if it’s worth it. All I know is, my copies of this series are coming off my shelf and heading to a better home. Unfortunately, I could only give this book two and a half out of five stars.

What books did you read in July? Tell me about them in the comments!