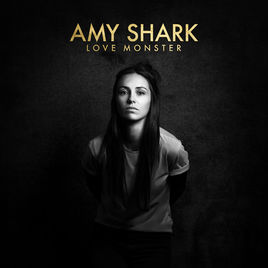 If iTunes hadn’t aggressively pushed Amy Shark as much as they have, I doubt I would’ve given her a chance. And that would’ve been a grievous mistake. She is a shining talent, a veritable diamond in the rough. I’ve been unable to listen to anything besides Love Monster for an entire week. Shark is 2018’s Alanis Morrissette, Australia’s answer to New Zealand’s Lorde. She’s the musical love child of both artists, with just a dash of Taylor Swift mixed in. I absolutely can’t get enough of her voice, her lyrics, or her sound. Love Monster is an absolute triumph.

Shark spends the album discussing themes of love, heartbreak, and inner turmoil. Backed by real instruments (and the occasional EDM drop), each song packs an emotional punch. Shark channels her inner Morrissette in songs like “The Idiot,” “I Said Hi,” “I’m a Liar,” and “Adore.” Really, most of the album sounds like a more polished (if less raw) Jagged Little Pill or Under Rug Swept. Songs like “Never Coming Back,” “Psycho” (a collaboration with blink-182’s Mark Hoppus), and “Leave Us Alone,” however, are more reminiscent of Lorde. “All Loved Up” and “Don’t Turn Around” sound like slightly edgier Taylor Swift songs. But this doesn’t mean Shark isn’t original— on the contrary, the frank honesty in her lyrics betray her individuality.

Her vocals hit similar beats as Morrissette’s, but also sound very unique. Even though she’s a pop-leaning alternative artist, she sounds like an utter rock star in some of the highlight moments on the album. “Psycho” ends with emphatic screams, the emotion raw and vulnerable in a way her softer vocals aren’t (though they still carry their own weight). “You Think I Think I Sound Like God” was made to be performed in a stadium, an utter rock anthem in its own right. Five minutes long, this song is a journey onto itself.

Some of my favorite moments are the aforementioned “Sound Like God,” the unapologetically gay “Mess Her Up,” the honest “I Said Hi,” and the wistful “Don’t Turn Around.” Each song makes me feel something so powerful, whether that be joy or the agonizing ability to relate. But every song on this record is, in its own way, a revelation.

I truly can’t explain how much I love this album. It’s real, it’s raw, it’s filled with bangers. Even the songs I don’t consider favorites are good. This album genuinely has no skips. And you get something new from each song every time you listen to them. If Amy Shark doesn’t blow up within the next year, I’m sending a sharknado to all your houses.

5 thoughts on “Monstrously Good: A Review of “Love Monster” by Amy Shark” 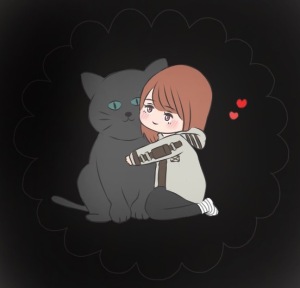 "Draw me like one of your French girls." #cats #maddie #catsofinstagram
In my world, I'm constantly, constantly having a breakthrough #newglasses #selfie #snapchat #halsey #clementine #manic
Baby boy 💜 #sandy #catsofinstagram #cats
You know you're an adult when you get excited over a new desk and office setup. #justgrownupthings