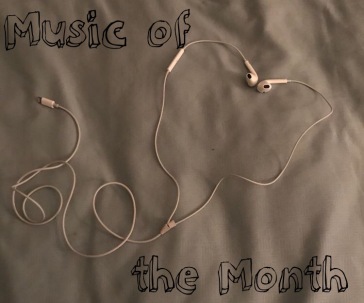 Remember last month when I explained how I switched to Spotify and the way I listen to music has changed? And how there would be a ton more music recommendations in the future? Well, don’t say I didn’t warn you.

To ease the near unbearable length of this post (and lessen the amount of work I’ll have to do), I’ll only offer a a few sentences on each recommendation. No more waxing on and on. It’s not like I don’t provide links to the music anyway. So… yeah. Let’s discuss some tunes.

What music were you into in November? Tell me about it in the comments!

I’ve recently become an Amazon Affiliate! If you’d like to help me continue to post consistent content, check out the link below! I’m currently reading Queen of Air and Darkness by Cassandra Clare and loving it! It just came out on December 4th, but it’s already down to a great price. If you love The Dark Artifices or want to get into this series, start with the convenient link below!

One thought on “Music of the Month: November 2018”