The other day, I was checking my email when I saw I got a notification from a blog I’d never heard of before. This blog was Normal Happenings and they had challenged me to take part in their daily prompts. Unfortunately, I didn’t have a good answer for that day’s prompt. But I bookmarked the page because it seemed like a fun meme to try.

Today I pulled the blog back up and decided I didn’t like that prompt either. So I checked out the prompts from the past couple days and saw one I thought looked fun. I figure it couldn’t hurt to do this question a few days too late, so here we go.

Who was your very first celebrity crush? Tell us the story behind it.

As you probably know if you’ve spent even a few minutes on my blog, I’m a lesbian. However, I didn’t realize that until more recently. I’ve known I liked girls since high school, but I didn’t figure out my label until late 2017. So determining my first celebrity crush is a bit of a challenge.

Should I go with Aaron Carter?

After all, I was obsessed with his music back in the third and fourth grade. But I distinctly recall never thinking of him in a “romantic” way until my mom teased me about having a crush on him. Since she thought I did, I assumed it must’ve been true. I remember kissing his poster once because I’d seen girls do that on TV and thought that’s just what you did when you had a crush. But I never fantasized about dating him. So maybe he doesn’t count.

Maybe I should go with Hilary Duff.

I was even more obsessed with her than I was with Aaron. But it was more idolatry than infatuation. I wanted to be like her, not be with her. So maybe I didn’t have a crush on her either (though she is entirely to blame for the years I spent wanting to be a pop star).

I could pick Christina Aguilera. 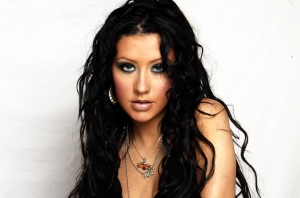 She was the first girl I was truly curious about. I remember I read somewhere she had nude photos and being aghast (because I was fourteen and hadn’t yet learned the wrongness of slut-shaming). I decided to look them up online because I needed to be sure they didn’t exist (at least, that’s what I told myself). But I know a part of me wanted to see them (I only found behind-the-scenes pictures from the Stripped photoshoot). I also didn’t delete my search history and my mom asked me about it the next day. She told me it was okay to be curious. I wanted to die. Then I buried that memory for years until one day (as I was growing more comfortable with the idea of liking girls) I remembered it. So does she really count if I blocked the memory of ever even being curious?

Perhaps I should pick Tom Felton.

He was my pretend boyfriend in high school. He was the guy I could fantasize about from a safe distance. He could be anything I wanted him to be and so could our future (as long as I never admitted to myself it could never actually happen). But I did latch onto him during my dark/pseudo-emo phase. I decided I liked the Dark Arts and Draco Malfoy. Tom played Draco in the Harry Potter films, so perhaps it was merely the natural progression. I remember secretly not finding him that attractive. Maybe it was all just compulsory heterosexuality.

In the end, I think I’ll go with Demi Lovato. 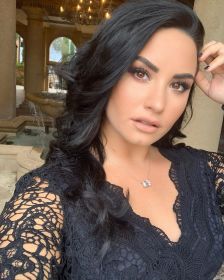 Demi is the first woman I let myself admit I was attracted to. The (now cringy) “Lesbian for Demi” era changed me. I had a crush on Demi before I fully realized it and I still do ten years later. She is the sun in my sky and the water in my bottle. Or something. Hey, I never said I was good at romance.

So, who was your first celebrity crush? Do you have a fun story to go along with it? Tell me everything in the comments!

If you’d like to help me continue to post consistent content, check out my Amazon Affiliate link below! Today’s product is the Acer Aspire. This is the computer I use to write my blog posts. It’s an HD laptop with 4GB of RAM. Even if you don’t buy it, I still get credit when you use my link to shop on Amazon.