A couple months ago, I wrote a post about the Paramore songs I think are the most underrated. I really enjoyed writing it, so I thought I’d make it into a series!

The Most Underrated is a meme in which I discuss the most underrated songs by an artist or band. Occasionally I may branch out, but this is the main theme. Today’s artist spotlight is on Kelly Clarkson!

The winner of the first season of American Idol, Kelly Clarkson has been a household name for over fifteen years. She’s been one of my favorite singers for nearly as long. I’ve watched her go from pop to rock to pop again. I’ve heard her dabble in R&B and alternative. And yet, she still has songs that get paid dust.

Let’s take a journey through time and talk about the seven most underrated Kelly Clarkson songs (in my oh-so-humble opinion).

Featured on her debut album Thankful, this track gives listeners one of the first glimpses into Clarkson’s more emotional side. It’s a bluesy song about the blues. Clarkson pleads with her depression and loneliness to leave her, as she’s felt enough pain. These feelings become personified, like a moocher who just won’t give her a break. It’s one of the most unique looks at heartache and mental illness I’ve ever come across.

Though not her best vocal performance, Clarkson emotes this desperation incredibly well. It’s this sadness and depression she’s continued to tap into for the majority of her career following this project. The song opens with a bluesy guitar riff that adds to the melancholy atmosphere. “What’s Up, Lonely” is, in essence, the day-to-day experience of living with depression.

It’s been a song that’s stuck out to me since I was ten or eleven. That’s probably not a good attestation about what my mental health was like at the time, but it’s fine. I’m doing well now. And, honestly, it’s songs like this that have shown me I’m not alone. 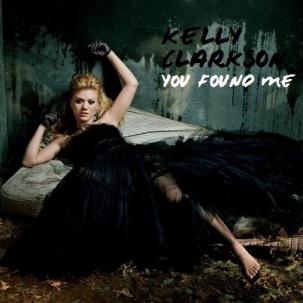 When I was a kid and first falling in love with Kelly Clarkson, this was my favorite song. I was absolutely crushed when my copy of Breakaway got scratched, causing this song to skip. I’m not sure why I felt such a connection to it. After all, I was twelve and had never been in a relationship. Maybe I just liked how it was a rock song with a happy ending.

The song finds Clarkson celebrating her partner, who helped drag her out of a funk and find her way back to herself. It’s that same joy and rightness you feel when you come out of a depressive episode. The instrumentation is just so uplifting. Clarkson’s new-found happiness is downright contagious.

However, “You Found Me” isn’t just a grateful ode to her partner. Through the format and production, you can feel Clarkson coming back to life. It’s about finding where she belongs. This is the kind of song that lifts the weight right off your shoulders.

Ultimately, I think the true hero in Clarkson’s life and the subject of this song is music. That’s what gave Clarkson a purpose, what makes her feel good. She did audition for Idol on a whim, after all. Maybe it was all fate.

I’m starting to sense a theme. While writing for My December, Kelly Clarkson hit what she calls the lowest point in her life. She was severely depressed. One night, backstage before a show in Irvine, California, Clarkson wrote this devastatingly painful song.

I’m not sure how underrated this is among Clarkson’s fandom, but the general public has no idea this song even exists. And that’s just criminal. This isn’t just a song— it’s a prayer. Clarkson, riddled with depression, decides to have a conversation with God. And it’s hauntingly beautiful.

But this song isn’t cheesy like “One of Us” or questioning like “Losing My Religion.” Clarkson instead tells God how sad and lonely she feels, asking Him to stay beside her as long as she feels this way. She also asks God about Himself, if He ever feels as she does. After all, isn’t He just as alone?

Clarkson looks to God to know she’s not alone just as fans like me look to her and her music. I’m not religious and don’t even think God exists, but I completely understand the desperate need to find strength in someone or something outside yourself.

What really sends this song over the top is the fact that it’s entirely acoustic and Clarkson never belts. She relies instead on her vulnerability, making the recording feel as she must’ve when she originally wrote it. “Irvine” is perhaps Clarkson’s most raw and personal song to date. And, like “What’s Up, Lonely” before it, this musical prayer has shown me I’m not alone.

Originally written and recorded by Katy Perry, this song found a second life on All I Ever Wanted. If you ask me, this is where it was meant to be all along. And yet, this song is so underrated it’s only been performed once. In South Africa. I’ve heard Clarkson doesn’t even care for this song much, but I don’t know if that’s true. Either way, she paid it dust it doesn’t deserve.

The song opens with frenetic strings and a heavenly choir of Kelly Clarksons. The verses have a stuttering flow, as Clarkson describes falling in love as a wire being pulled tight around her neck. She’s just entered a relationship that she and her partner are sure will fail, and yet they’re going to take that chance anyway. Because what if it all works out?

“Long Shot” also features some of my all-time favorite lyrics, “My heartbeat beats me senselessly./Why’s everything gotta be so intense with me?” Not only are these lyrics great, but they perfectly encapsulate the tone of the song. It’s almost masochistic to enter into this relationship, but she’ll regret it if she doesn’t at least try.

I still regard this as one of my favorite Kelly Clarkson songs. It’s just such a quality pop track. And I won’t rest until everyone else loves this song as much as I do. #JusticeForLongShot2k19

Stronger is filled with many great anthems (including “You Love Me,” arguably Clarkson’s best song), but this is one I feel doesn’t get enough love. Guitar-driven and bouncy, this track is a prime example of a song with happy music but sad lyrics.

“Hello” is a cry for help and a shout for attention. Clarkson feels unnoticed and alone, longing for someone to show her they feel what she does. Though it can be a plea for romantic love, it doesn’t have to be. All Clarkson needs is to know that someone else feels as jaded as she does.

Many people compare this song to Breakaway’s “Hear Me,” but I see it more as a bitter “Irvine.” The themes are the same, just packaged differently. Where “Irvine” was quiet and raw, “Hello” is loud and pointed. It’s a statement.

Over the years, I’ve found this song incredibly relatable. Fortunately, this song did exactly what Clarkson was begging for— showed me I’m not alone. Which seems to be another theme here. And I’m okay with that.

For a song about a crush, this track sure is emotional. Clarkson wrote this for Piece by Piece on the night she meant her husband. It’s easily the best song on Clarkson’s sixth album, and yet no one ever talks about it.

“Tightrope” is about being so in awe of someone, you feel inferior. Clarkson is head over heels for the man who would one day become her husband, but doesn’t feel like she deserves him. Because, naturally, she forgets she’s Kelly fucking Clarkson.

But seriously, this is such a fabulous ballad— one of her best, in fact. Piece by Piece as a whole is pretty lackluster, but this song is a veritable diamond in the rough. Clarkson will do anything to “stumble into [his] good grace” and it shows. Because this track is phenomenal.

Influenced by ‘70s R&B, this Meaning of Life track is one of Clarkson’s sassiest. Meaning of Life, I’d argue, is Clarkson’s first album to abandon themes of sadness and loneliness. Why? Because now she’s free.

Meaning of Life is Clarkson’s first album not under RCA, the label that sabotaged her career and compromised her sound. And now she’s free to make the kind of music she wants. That, to me, is what this song is about.

RCA just didn’t do it for Clarkson. She sings, “How does it feel to know I’m better off without you playin’/ Games around my head a thousand times?” It’s a blatant kiss-off to a label she’d been trying to escape for at least half a decade.

Moreover, it’s a total bop. Clarkson sounds so happy and free on this upbeat banger. It’s fun to sing and dance to in the car. It takes you want to tell off the ex it doesn’t even describe. Clarkson is known for her empowering anthems and this is one of her best. What’s more empowering than knowing you’re finally free?

What Kelly Clarkson songs do you think are underrated? Let me know in the comments!