May was a better reading month than I realized. I’d thought I didn’t read much, but I actually managed to read seven books. I’m happy for me. But how was the quality?
Well, it was so-so. I read two amazing books, but most of the rest were just okay. One was really bad (and if you’ve been following my posts, you know which one). Let’s get a little more light on the subject and take a closer look at the seven books I read in May. 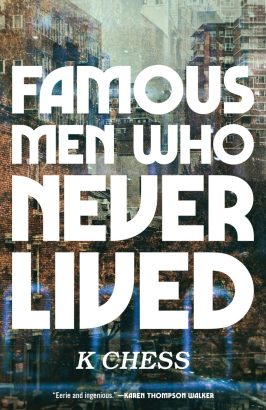 Summary: Wherever Hel looks, New York City is both reassuringly familiar and terribly wrong. As one of the thousands who fled the outbreak of nuclear war in an alternate United States— an alternate timeline— she finds herself living as a refugee in our own not-so-parallel New York. The slang and technology are foreign to her, the politics and art unrecognizable. While others, like her partner Vikram, attempt to assimilate, Hel refuses to reclaim her former career or create a new life. Instead, she obsessively rereads Vikram’s copy of The Pyronauts— a science fiction masterwork in her world that now only exists as a single flimsy paperback— and becomes determined to create a museum dedicated to preserving the remaining artifacts and memories of her vanished culture.
But the refugees are unwelcome and Hel’s efforts are met with either indifference or hostility. And when the only copy of The Pyronauts goes missing, Hel must decide how far she is willing to go to recover it and finally face her own anger, guilt, and grief over what she has truly lost.
My Thoughts: This book is not quite what I thought it would be. It has conflicting themes, spotty character development, and an incredibly lame plot twist. I didn’t care for the protagonist at all. My favorite parts were the interviews with the refugees. I would honestly have read an entire book of just that. But the book as it is? It’s inoffensive and unmemorable. It’s decent enough, but not as good as I’d hoped it’d be. I gave it three stars.

Her Body and Other Parties by Carmen Maria Machado

Summary: In this electric and provocative debut, Machado bends genre to shape startling narratives that map the realities of women’s lives and the violence visited upon their bodies.
A wife refuses her husband’s entreaties to remove the green ribbon from around her neck. A woman recounts her sexual encounters as a plague slowly consumes humanity. A salesclerk in a mall makes a horrifying discovery within the seams of the store’s prom dresses. One woman’s surgery-induced weight loss results in an unwanted houseguest. And in the bravura novella Especially Heinous, Machado reimagines every episode of Law & Order: Special Victims Unit, a show we naively assumed had shown it all, generating a phantasmagoric police procedural full of doppelgangers, ghosts, and girls with bells for eyes.
Earthy and otherworldly, antic and sexy, queer and caustic, comic and deadly serious, Her Body and Other Parties swings from horrific violence to the most exquisite sentiment. In their explosive originality, these stories enlarge the possibilities of contemporary fiction.
My Thoughts: What can I say? It’s a feminist short story collection. These stories would be so fun to study in a class. Is that weird to say? Whatever, I minored in English Lit. I gave this collection four stars.

The Struggle by L.J. Smith (Reread) 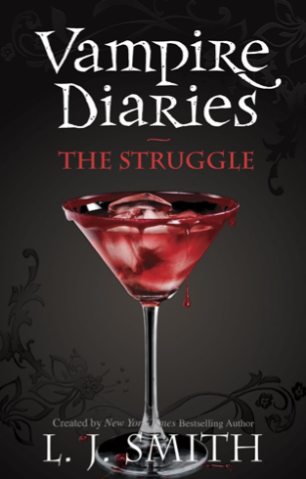 Summary: This is the terrifying story of two vampire brothers and the beautiful girl torn between them. Damon: determined to make Elena his queen of darkness, he’d kill his own brother to possess her. Stefan: desperate for the power to destroy Damon, he succumbs to his thirst for human blood. Elena: irresistibly drawn to both brothers, her choice will decide their fate.
My Thoughts: Somehow the experience of rereading this book was worse than rereading the first one. Everything about this book is painfully bad. Well, almost everything. I still stan Meredith Sulez and Matt Honeycutt. For my detailed thoughts, check out my book talk. I gave it two stars.

Summary: Assassin Mia Corvere has found her place among the Blades of Our Lady of Blessed Murder, but many in the Red Church ministry think she’s far from earned it. Plying her bloody trade in a backwater of the Republic, she’s no closer to ending Consul Scaeva and Cardinal Duomo, or avenging her familia. And after a deadly confrontation with an old enemy, Mia begins to suspect the motives of the Red Church itself.
When it’s announced that Scaeva and Duomo will be making a rare public appearance at the conclusion of the grand games in Godsgrave, Mia defies the Church and sells herself to a gladiatorial collegium for a chance to finally end them. Upon the sands of the arena, Mia finds new allies, bitter rivals, and more questions about her strange affinity for the shadows. But as conspiracies unfold within the collegium walls, and the body count rises, Mia will be forced to choose between loyalty and revenge, and uncover a secret that could change the very face of her world.
My Thoughts: This book fucked me UP. Dare I say, it was better than the first one? I need Darkdawn like the air in my lungs, the blood in my veins. I gave this book five stars.

Summary: First Son Alex Claremont-Diaz is the closest thing to a prince this side of the Atlantic. With his intrepid sister and the Veep’s genius granddaughter, they’re the White House Trio, a beautiful millennial marketing strategy for his mother, President Ellen Claremont. International socialite duties do have downsides— namely, when photos of a confrontation with his longtime nemesis Prince Henry at a royal wedding leak to the tabloids and threaten American/British relations.
The plan for damage control: staging a fake friendship between the First Son and the Prince. Alex is busy enough handling his mother’s bloodthirsty opponents and his own political ambitions without an uptight royal slowing him down. But beneath Henry’s Prince Charming veneer, there’s a soft-hearted eccentric with a dry sense of humor and more than one ghost haunting him.
As President Claremont kicks off her reelection bid, Alex finds himself hurtling into a secret relationship with Henry that could derail the campaign and upend two nations. And Henry throws everything into question for Alex, an impulsive, charming guy who thought he knew everything: What is worth the sacrifice? How do you do all the good you can do? And, most importantly, how will history remember you?
My Thoughts: This book was so cute and funny, but also honest, real, and hopeful. That said, I thought it got a little too political toward the end (as in, more focused on politics and political implications that the characters/relationship). For my in-depth thoughts, check out my review. Either way, I gave this book five stars.

You Must Not Miss by Katrina Leno

Summary: Magpie Lewis started writing in her yellow notebook the day her family self-destructed. That was the night Eryn, Magpie’s sister, skipped town and left her to fend for herself. That was the night of Brandon Phipp’s party.
Now, Magpie is called a slut whenever she walks down the hallways of her high school, her former best friend won’t speak to her, and she spends her lunch period with a group of misfits who’ve all been socially exiled like she has. And so, feeling trapped and forgotten, Magpie retreats to her notebook, dreaming up a place called Near.
Near is perfect— somewhere where her father never cheated, her mother never drank, and Magpie’s own life never derailed so suddenly. She imagines Near so completely, so fully, that she writes it into existence, right in her own backyard. It’s a place where she can have anything she wants… even revenge.
My Thoughts: I really like the writing style and found the characters compelling, but I think the pacing was too fast in the second half. This story needs more room to breathe and build up to the conclusion. I’m also not sure how I feel about the reality of Near. I’m torn on this one. In the end, I gave it three stars. 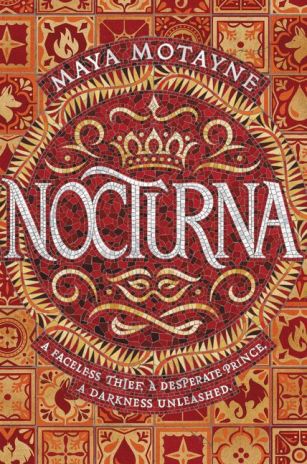 Summary: To Finn Voy, magic is two things: a knife to hold under the chin of anyone who crosses her… and a disguise she shrugs on as easily as others pull on cloaks.
As a talented faceshifter, it’s been years since Finn has seen her own face, and that’s exactly how she likes it. But when Finn gets caught by a powerful mobster, she’s forced into an impossible mission: steal a legendary treasure from Castallan’s royal palace or be stripped of her magic forever.
After the murder of his older brother, Prince Alfehr is first in line for the Castallan throne. But Alfie can’t help but feel that he will never live up to his brother’s legacy. Riddled with grief, Alfie is obsessed with finding a way to bring his brother back, even if it means dabbling in forbidden magic.
But when Finn and Alfie’s fates collide, they accidentally unlock a terrible, ancient power— which, if not contained, will devour the world. And with Castallan’s fate in their hands, Alfie and Finn must race to vanquish what they have unleashed, even if it means facing the deepest darkness in their pasts.
My Thoughts: This is the type of book that at first you’re unimpressed by and then suddenly you realize you love these characters, this magic, and this world. It’s not perfect. It can be a bit repetitive and some things feel a little contrived. But this is still an impressive debut.
The world-building is fantastic, the character development wonderful, and the plot exciting. This is one of the darkest YA books I’ve ever read. And the way it deals with themes of identity, loss, vengeance, and family? God, I love it!
This book has strong echoes of Shades of Magic by V.E. Schwab. But that doesn’t mean it’s a copy. Motayne takes those tropes and does her own thing with them. If anything, it just means you’ll probably like this book if you liked SOM.
Though this book wasn’t everything I wanted, the ending really raised it in my esteem. I have so many feelings about Alfie and Finn. I can’t wait until the next part of their story.

What did you read in May? Tell me about it in the comments!