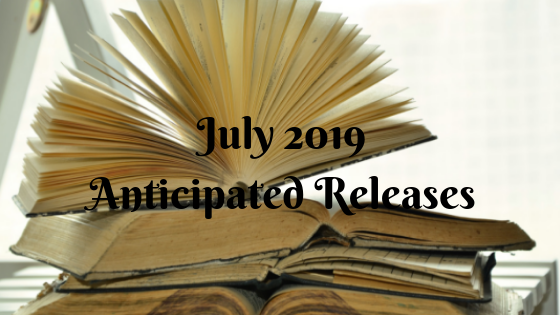 Yeah, so basically I won’t be back to my regular posting schedule for a while because most days it feels too mentally exhausting to write an entire post. That’s what happens when a person with depression breaks their ankle, I guess.

That said, I do have a few posts planned for the next couple weeks. I have to do my June wrap-up and the Mid-Year Book Freak-Out Tag. I won’t be doing Music of the Month because I haven’t been listening to music as much. All those songs will roll over into next month’s post.

This post, however, is fairly simple and also really needs to come out today. And so, here are the five books I’m anticipating in July.

Pan’s Labyrinth: The Labyrinth of the Faun by Guillermo del Toro & Cornelia Funke 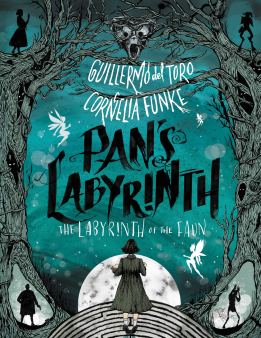 Summary: This book is not for the faint of heart or weak in spirit. It’s not for skeptics who don’t believe in fairy tales and the powerful forces of good. It’s only for brave and intrepid souls like you, who will stare down evil in all its forms.

My Impression: I love the film this book is based on, so obviously I need to read the book. I’m curious to see what changes there are and if a novelization will add to the story in any way.

The Beckoning Shadow by Katharyn Blair

Summary: Vesper Montgomery can summon your worst fear and turn it into a reality— but she’s learned the hard way that it’s an addicting and dangerous power. One wrong move and you could hurt someone you love.

But when she earns a spot in the Tournament of the Unraveling, where competitors battle it out for a chance to rewrite the past, Vesper finally has a shot to reverse the mistakes that have changed her forever. She turns to Sam Hardy, a former MMA fighter who’s also carrying a tragedy he desperately wants to undo. However, helping heal Sam’s heart will mean breaking her own, and the competition forces her to master her powers— powers she has been terrified of since they destroyed her life.

My Impression: I mean, Vesper sounds like she’s got some real antihero potential. And I’m always a sucker for an antihero.

Summary: It’s been eighteen months since the Raxter School for Girls was put under quarantine. Since the Tox hit and pulled Hetty’s life out from under her.

It started slow. First the teachers died one by one. Then it began to infect the students, turning their bodies strange and foreign. Now, cut off from the rest of the world and left to fend for themselves on their island home, the girls don’t dare wander outside the school’s fence, where the Tox has made the woods wild and dangerous. They wait for the cure they were promised as the Tox seeps into everything.

But when Byatt goes missing, Hetty will do anything to find her, even if it means breaking quarantine and braving the horrors that lie beyond the fence. And when she does, Hetty learns that there’s more to their story, to their life at Raxter, than she could have ever thought true.

My Impression: I’ve wanted this book since I first saw it on Netgalley months ago. Sadly, I did not get approved for an ARC. The summary gives me such strong Sawkill Girls vibes, I just know I’m going to love it.

Gods of Jade and Shadow by Silvia Moreno-Garcia 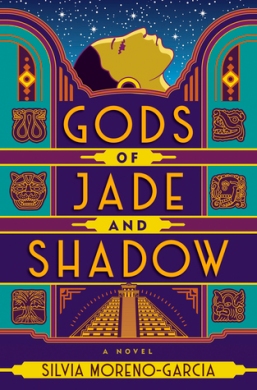 Summary: The Jazz Age is in full swing, but Casiopea Tun is too busy cleaning the floors of her wealthy grandfather’s house to listen to any fast tunes. Nevertheless, she dreams of a life far from her dusty small town in southern Mexico. A life she can call her own.

Yet this new life seems as distant as the stars, until the day she finds a curious wooden box in her grandfather’s room. She opens it— and accidentally frees the spirit of the Mayan god of death, who requests her help in recovering his throne from his treacherous brother. Failure will mean Casiopea’s demise, but success could make her dreams come true.

In the company of the strangely alluring god and armed with her wits, Casiopea begins an adventure that will take her on a cross-country odyssey from the jungles of Yucatán to the bright lights of Mexico City— and deep into the darkness of the Mayan underworld.

My Impression: Another Latin-inspired fantasy? I am so down. The story sounds reminiscent of the Greek myth of Pandora’s box, but with a Mayan twist.

Summary: Raised among the ruins of a conquered mountain nation, Maren dreams only of sharing a quiet life with her girlfriend Kaia— until the day Kaia is abducted by the Aurati, prophetic agents of the emperor, and forced to join their ranks. Desperate to save her, Maren hatches a plan to steal one of the emperor’s coveted dragons and storm the Aurati stronghold.

If Maren is to have any hope of succeeding, she must become an apprentice to the Aromatory— the emperor’s mysterious dragon trainer. But Maren is unprepared for the dangerous secrets she uncovers: rumors of a lost prince, a brewing rebellion, and a prophecy that threatens to shatter the empire itself. Not to mention the strange dreams she’s been having about a beast deep underground…

With time running out, can Maren survive long enough to rescue Kaia from impending death? Or could it be that Maren is destined for something greater than she could have ever imagined?

My Impression: You had me at dragons and lesbians.

What book releases are you excited for in July? Tell me about them in the comments!