Hello, hello, hello! It’s time to wrap up all the books I read in June. Last month I read three novels and two short stories. I was in a bit of a reading slump and went through a period where I didn’t want to read anything. I blame my broken ankle.

Fortunately, I can report that the quality was overall pretty good (minus the one book I DNF-ed this month). Nothing to write home about, but decent nonetheless. Not only that, but three of these books are or include GRSM (Gender, Romantic, and Sexual Minorities) stories. I may not have been able to go to Pride, but at least I got to read about it.

Anyway, here are my thoughts on everything I read in June.

The Lost World by Cassandra Clare and Kelly Link

Summary: While Ty Blackthorn studies at the Scholomance, he and the newly resurrected Livvy test the limits of their connection. But after exploring a mysterious glen, Livvy goes rogue. Will she be able to come back to herself or will Ty lose her forever?

My Thoughts: It was cool getting to read from Livvy’s POV and learn a bit about how her ghostly resurrection works, but otherwise this really was a nothing story. How does it fit into the larger GOTSM arc? Well, it kind of doesn’t. Jem has been the connecting thread in all of them and he’s hardly in it nor do we read from his POV. The Shadow Market was also completely absent. I just feel like this story would’ve been more effective if it were part of The Wicked Powers or released as a bonus story a la “After the Bridge.” I gave this story three stars. 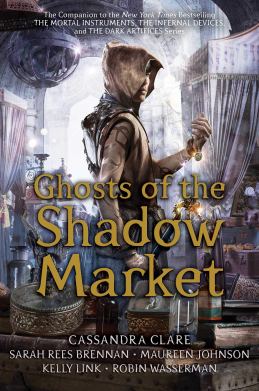 Summary: Jem settles into life with his new family, while Thule Jace AKA Janus plots to make the Clary of this world his own.

My Thoughts: Um, I love the Carstairs family and would lay down my life for them. Also, don’t hate me, but I prefer Janus to Jace. I gave this story four stars.

Tell Me How You Really Feel by Aminah Mae Safi 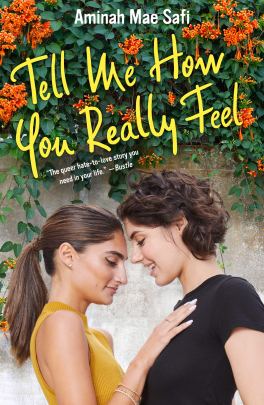 Summary: Sana Khan is a cheerleader and a straight A student. She’s the classic (somewhat obnoxious) overachiever determined to win.

Rachel Recht is a wannabe director who’s obsessed with movies and ready to make her own masterpiece. As she’s casting her senior film project, she knows she’s found the perfect lead— Sana.

There’s only one problem. Rachel hates Sana. Rachel was the first girl Sana ever asked out, but Rachel thought it was a cruel prank and has detested Sana ever since.

Told in alternative viewpoints and inspired by classic romantic comedies, this engaging and edgy YA novel follows two strong-willed young women falling for each other despite themselves.

My Thoughts: I really wanted to love this book so badly, but just don’t. It’s decent, but not everything I’d hoped. The main issue is that the main couple has little to no chemistry. Rachel spends a huge chunk of the book kind of being a dick. I couldn’t tell you what Sana sees in her. But I love Sana and her story was beautiful. I honestly only kept reading for her.

The author tries to spill all this feminist tea, but doesn’t explore anything enough for it to be meaningful. There’s no discussion here, only a sequence of events with some feminism sprinkled on top later. Sadly, I could only give this book three stars.

Summary: Frances is been a study machine with one goal. Nothing will stand in her way; not friends, not a guilty secret— not even the person she is on the inside. Then Frances meets Aled, and for the first time she’s unafraid to be herself.

So when the fragile trust between them is broken, Frances is caught between who she was and who she longs to be. Now Frances knows that she has to confront her past. To confess why Carys disappeared…

Frances is going to need every bit of courage she has.

Engaging with themes of identity, diversity and the freedom to choose, Radio Silence is a tor de force by the most exciting writer of her generation

My Thoughts: I really enjoyed this book! I fell in love with the characters almost immediately and really pulled for their struggles. Oseman really knows how to tug on your heartstrings. I’ll definitely be reading more by her. I gave this one four stars.

The Weight of the Stars by K. Ancrum

Summary: Ryann Bird dreams of traveling across the stars. But a career in space isn’t an option for a girl who lives in a trailer park on the wrong side of town. So Ryann becomes her circumstances and settles for acting out and skipping school to hang out with her delinquent friends.

One day she meets Alexandria: a furious loner who spurns Ryann’s offer of friendship. After a horrific accident leaves Alexandria with a broken arm, the two misfits are brought together despite themselves— and Ryann learns her secret: Alexandria’s mother is an astronaut who volunteered for a one-way trip to the edge of the solar system.

Every night without fail, Alexandria waits to catch radio signals from her mother. And it’s up to Ryann to lift her onto the roof day after day until the silence between them grows into friendship, and eventually something more.

My Thoughts: I love how flawed these characters are, and how they also subvert expectations. My only complaint is that the F/F romance doesn’t even happen until the end of the book. It makes sense in the story, but is still kind of unsatisfying. Either way, Ancrum’s writing is great and this was a really good story. 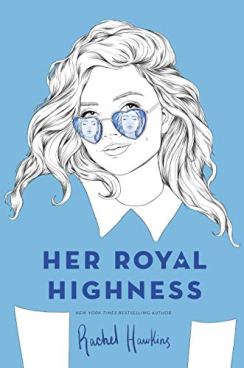 Summary: Millie Quint is devastated when she discovers that her sort-of-best friend/sort-of-girlfriend has been kissing someone else. And because Millie cannot stand the thought of confronting her ex every day, she decides to apply for scholarships to boarding schools… the farther from Houston the better.

Millie can’t believe her luck when she’s accepted into one of the world’s most exclusive schools, located in the rolling highlands of Scotland. Everything about Scotland is different: the country is misty and green; the school is gorgeous, and the students think Americans are cute.

The only problem: Mille’s roommate Flora is a total princess.

At first, the girls can barely stand each other— Flora is both high-class and high-key— but before Millie knows it, she has another sort-of-best-friend/sort-of-girlfriend. Even though Princess Flora could be a new chapter in her love life, Millie knows the chances of happily ever afters are slim… after all, real life isn’t a fairy tale… or is it?

My Thoughts: Technically speaking, there’s nothing wrong with this book. It’s just so vastly far beneath my reading level, I found it difficult to get into. I’ve heard nothing but good things about this book— and really, it should be right up my alley— but it just wasn’t for me.

And this is really dumb but… I really hated the characters’ names. No offense if your name is Millie or Flora, but like… they’re not good names. And it was really throwing me off that the Scottish princess had such an un-Scottish name.

Some reviewers on Goodreads—namely, Scottish reviewers—pointed out that Hawkins’ Scotland isn’t very Scottish at all. Maybe I was picking up on that. Or maybe it was just the name thing.

However, unlike other books I’ve DNF-ed, I won’t advise you against reading this story. Like I said, I’m in the minority here. Plus, I want publishing companies to know that we want more F/F romance stories. So give it a chance. I really do think this is a case of “It’s not the book, it’s me.”

What did you read in June? Tell me about it in the comments!