If you’re looking for some music recommendations, look no further! It’s time for the grand return of Music of the Month. I didn’t write this post for June because I didn’t do much music listening during the latter half. There’s something about being depressed that saps my desire to play music.

But now I’m back at work and I’m feeling like a person again. That means I’ve been listening to lots of music. Therefore, I’ve decided to split July into two posts. The first half is on this post with June’s jams. The second half will be on August’s post.

I’m also making another change. This is mainly due to housekeeping issues on my Spotify account. By the end of the year, I’m going to have a lot of playlists on my account I’m not necessarily listening to anymore. And, naturally, I’ve linked them all to this blog.

So, what I’m going to do is have monthly playlists now and at the end of the year, put all those songs on a master 2019 playlist and link that playlist to all the posts from this year. And to keep track on a monthly basis, I’ll now simply be listing all the songs, albums, and artists I was into each month. No more blurbing them.

Except for “Cattitude” and “Party Up the Street.” 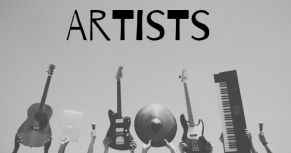 I saw them live in June!

The hype got me.

What music were you into the past month and a half? Give me some recommendations in the comments!

❤️ #cats #sandy
new beginnings can be lonely, thank god i got me to hold me #selfie #theartofstartingover
ssshhhh he’s watching his favorite program #catsofinstagram #cats
get you a cat that can do both 😇😈 #cats #sandy