Have you ever read a book that was so good you wanted more? I’m sure you have because it’s happened to me many times. I read a lot of series, so I’m usually blessed with more content. But every once in a while, I come across a fantastic book with no more story. It’s a crying shame.

The main reason I want more story is because of the characters. You guys know how important characters are to me. A book can have zero plot, but I’m happy as long as I love the characters. But sometimes I want the plot itself to continue. After all, a good plot is a good plot. You can’t just leave a story unfinished!

Today I thought I’d share with you guys some of the books I desperately wish had sequels. From standalones to existing series, these are the stories I haven’t had enough of.

I love this world and these characters so much, I would read a six-book series about them. Everything about this book is right up my alley. I suppose Rogerson could potentially write a sequel, but standalone fantasies seem to be her thing. And that’s a damn shame. 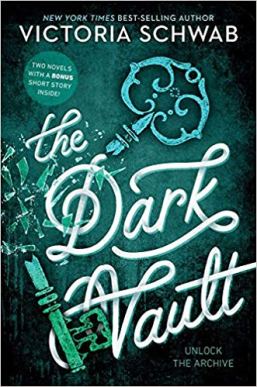 Technically, a third book to this series exists. The problem is the series didn’t sell well in its first run, so it was discontinued. Given Schwab’s current popularity, it seems like a good time to take The Returned out of the vault. The Unbound ends on a wrapped-up note, but there’s still more story in the overall arc.

Though this story ends with hopeful implications, I want to see Gauri and Vikram’s lives now. I want them to go on a new adventure and bring their countries together. They’re such a good hate-to-love ship and I need more of the love part. Please give them the sequel they deserve, Ms. Chokshi.

Sure, the story is complete. But I’d love to follow these characters on another adventure. Maybe another curse befalls the town or something. I don’t care. I just want to see these kids go on more escapades.

Allegedly, there is a sequel in the works. It’s listed on Goodreads, but the release date keeps getting pushed back and Gaiman hasn’t said anything about it. At this point, it’s been over 20 years and there’s been no more Richard, Door, or Marquis. As I said in my Goodreads review for The Seven Sisters, “NEIL. WHERE IS IT, NEIL?”

What are some books you wish had sequels? Tell me about them in the comments!

One thought on “Books I Wish Had Sequels”