Music of the Month is a monthly feature in which I discuss the music I listened to during a given month. It serves as a recap and recommendation list. 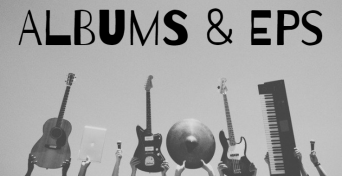 Okay, you guys were right. Mitski is fantastic. I’ll be listening to more of her music in the future.

I haven’t decided yet if I want to review this album or not. Just know that this is emphatically Halsey’s best album yet. It’s so personal. I’ve been playing it on repeat since it came out.

I’ll be including “Anyone” on next month’s post, but I had to include Demi because I listened to a lot of her music in preparation for her long-awaited comeback.

What music were you into in January? Give me some recommendations in the comments!