Good afternoon, everyone! I realize I’ve skipped most of the Top 5 Wednesday posts for this month. The topics just didn’t grab me. To make up for it (and to break up the monotony of reviews), I thought I’d bang out this quick tag. This is a tag without bells and whistles— it’s just ten questions you have to answer with ten different books. And I’m game for that. So, anyway… here’s the tag:

This book really makes you consider the impact of your choices and ponder the existence of a multiverse. Where would I be if I stopped for gas this morning instead of going right to work? Does a universe exist in which I did stop for gas? How did that change the course of my day? It’s really interesting, mind-fucking stuff.

The Princess Diarist by Carrie Fisher

I, like everyone else, read the interview in which Carrie admits to having an affair with Harrison Ford on the set of A New Hope. The fact that they had an affair wasn’t a surprise (at least not by the time I read the book), but the fact that Carrie was actively hoping to have an affair during filming? That surprised me. I was also surprised to learn about the birth of the famous “Leia buns.” Carrie was just tired after trying so many hairstyles and aiming to please, so she said she liked that one. And then it stuck and became one of the most iconic images from Star Wars. Go figure.

This book was just funny and cute. It takes actual historical events and retells them in a fun way (shapeshifters and all). It was a cute read and I’m eager for their take on Jane Eyre.

Between Shades of Gray by Ruta Sepetys

It’s not just the content of the book that made me sad, but the fact that these atrocities are known by so few people. The peoples of the Baltic region were evicted from their homes and sent to work camps by the Russians during World War II. Lina’s story is heartbreaking, made even worse by the knowledge that hers is just a stand-in for the story of a real girl who was forgotten.

A Darker Shade of Magic by V.E. Schwab

And that mood was absolutely intentional. Schwab specifically wrote it to feel like reading Harry Potter feels. I don’t feel it as acutely in the next two books, but it’s strong on the first one.

This was the first book by Hopkins I ever read and it started me on a love affair with her writing. I was obsessed with her in high school and first couple years of college. But this book always remained in my top five. However, I have more mixed feelings about it now. I don’t love Hopkins’ writing the way I once did, quite over her tendency toward the melodramatic. But my main problem revolves around the character of Tony. You see, he’s gay; however, as the story goes on, he realizes he isn’t actually gay and he just thought he was because he was molested and his mother told him he was gay. And this is… NO?????? That’s not how any of this works. I didn’t realize how awful that was when I was a teenager, but it really is. Being molested doesn’t make you decide you’re gay nor does someone telling you you’re gay. This makes it seem like it’s a choice or a result of trauma. Plus, if Hopkins wanted a queer male character who still likes girls, why not make him bi or pan? No? Too sensible? Whatever. She’s awful at writing queer characters anyway (see: Tilt and The You I’ve Never Known). I still have some fondness for this book (and it’s companion novel Perfect)  because of how much I once loved it, but that’s the most it redeems itself to me. 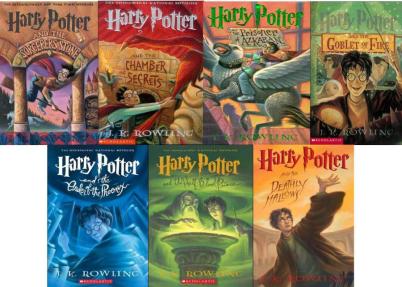 I mean, could it really have been anything other than this?

This entire graphic novel takes place on a cruise ship. Now, I’m afraid of drowning and being on boats so I’d never go on a cruise, but it does make a vacation sound really nice.

Yeva and The Beast just… they mean a lot to me. They’re great.

The Becoming of Noah Shaw by Michelle Hodkin

This book was a letdown in so many ways. The creepy vibe is gone, the story is boring, and the characters get more and more out-of-character every chapter. I don’t know that I can bring myself to finish this series. I don’t even know how I finished this (and I sure wish I hadn’t).

Do you have any answers to any of these questions? Tell me about them in the comments!

2 thoughts on “The Ten Book Challenge”