As I begin this Top 5 Wednesday post, I want you all to know that it’s taking everything in me to not say “Top of the Wednesday to ya!” I’ve already used that greeting at least twice and it’s not even that clever. Why can’t I stop saying it? Even now, in saying I’m not going to say it, I’m still saying it.

So… top of the Wednesday to ya. This week’s topic is 2019 releases for which everyone seems super excited. Everyone, that is, except for you. There could be many reasons why this is. Sometimes it’s because you don’t like the writer or series and others it’s a simple lack of interest.

I, of course, am no exception. In fact, I’ve been frothing at the mouth to do this post since I saw it listed among this month’s topics. I love controversial posts. Top of the Wednesday to me.

And now, here are the five hyped 2019 releases that I just don’t care about one whit:

Perhaps this is cheating because I never read the first book, but I have absolutely no interest in this release. Once upon a time, I wanted to read The Cruel Prince. But then the reviews and spoilers started coming out, and now I want it kept far, far away from me.

Not only have people with similar tastes to my own said the book is disappointing, but it includes a romance between a bully and his victim. It was 2018 when The Cruel Prince came out and it’s 2019 now. Can we please stop writing books where the love interest is only mean to the protagonist because he has feelings for her? And can we stop writing “redemption arcs” where the character doesn’t actually change, but he has a tragic backstory so it all evens out?

Due to all this, I have no desire whatsoever to read The Cruel Prince or feel anything whatsoever for The Wicked King release (which was apparently yesterday). I’m not ready to close the door on Holly Black, but I am locking and barricading the door on The Folk of the Air.

This probably isn’t your first rodeo with me. As such, you know I hated Restore Me last year. In fact, it was on my Worst Books of 2018 list. So I’d imagine you’re not all that surprised to find its sequel here.

Everything about Restore Me utterly fails. The world-building comes too little, too late. The character development is more like character regression. The plot is boring. The writing style is devoid of all personality. I have absolutely no faith Defy Me will be any better.

This second trilogy just reeks of an author trying to cash in on the series that made them successful in the first place. Some stories work well with additions, others fall apart. Shatter Me is the latter. Mafi shattered any lasting interest I may have otherwise held in this series.

While I haven’t seen anybody talking about this series, it does keep getting voted into the top ten of Goodreads Anticipated 2019 Releases lists. People apparently really enjoy living up Maas’ asshole, I guess.

What makes this series different from her others is that it’s an adult fantasy. The problem is Maas’ prior novels (especially A Court of Thorns and Roses) are basically already adult fantasy. They’ve just been miscategorized. Nothing about ACOTAR or the later Throne of Glass novels fit the qualifications to be considered young adult.

What sucks is, if anybody else wrote this book, I’d be so down for it. A magical city? Demons and dark angels? Vengeance? You might as well write “This novel is for Ren Strange” on the cover. But I don’t trust Maas to not fuck it up. I just know this book will be filled with alpha males, badass ladies without personalities, and cringy sex scenes. Add in Maas’ melodramatic writing style, and you’ve got yourself a disaster.

I said it back in 2017 and I’ll say it again— I’m done with Sarah J. Maas. I will not be reading anything else she puts out. And no phase of the moon can change that. 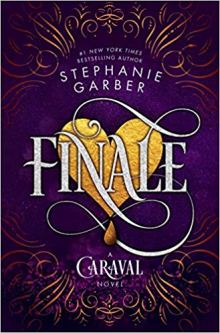 At the beginning of 2017, I was a huge Caraval fan. However, as time went on, I couldn’t remember why. The book’s plot fundamentally makes no sense.

Caraval is a game. Nothing that happens during the game is real. This is reinforced to the reader throughout the novel. So why do the characters and the narrative treat it as though it is? This massive contradiction was enough to completely kill any interest I had in continuing on with the series.

Apparently, this nonsense continues in Legendary because the plot summary of Finale is about how Scarlett and Tella must overthrow Legend who has taken over the empire. Fucking what?!

I don’t even want to know how Garber makes that happen. It’s all fake, so nothing matters. Right? Eh, whatever. All I know is I’m not sticking around for the finale. 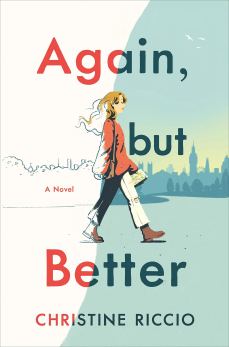 I’m going to be completely honest— I’m a little bit biased when it comes to this book. Or, more accurately, its author. I cannot stand Riccio on YouTube. Her online persona is obnoxious and grating. I refuse to read anything she releases on principle.

But that’s not the only reason I have no desire to read this book. I’m not that petty. It just sounds like a super predictable YA contemporary novel. Girl is unhappy with her life. Girl goes abroad. Girl learns how to be happy after some introspection and a series of hijinks. Fin. I don’t care if reviewers say it’s good. I don’t see myself getting anything new out of it.

What are some hyped 2019 releases about which you don’t particularly care? Tell me about them in the comments!

If you’d like to help me continue to post consistent content, check out my Amazon Affiliate link below! Today’s product is the novel Neverwhere by Neil Gaiman. Every year I find the book I won’t shut up about for 365 days earlier and earlier. This year, it was the first book I read. A portal fantasy for grown ups, this is the exact story I needed. And you need it too. Even if you don’t buy it, I still get credit when you use my link to shop on Amazon.