Technically speaking, I already did this post back in December. But I didn’t get to talk about all the books I wanted. Plus, I’ve found some more that I need, like, yesterday.

I’m not going to waste time talking your head off. You’re here because you’re hoping to find some new books to get excited about. Just trust Mama Ren. She knows what 2019 releases you need in your life. So let’s just hop to it (Also, sorry I called myself “Mama Ren” and spoke in third person. It won’t happen again (It might happen again.).):

I love Chokshi’s writing. If anyone’s talent for metaphor comes close to rivaling that of Laini Taylor’s, it’s hers. And yet, no matter how well I rate and review her books, her publisher keeps rejecting my requests for ARCs.

But no matter, because now this book is less than a week away. It’s finally come to fill the hole left in my heart by Six of Crows. The story follows Séverin Montagnet-Alarie, a gifted treasure hunter and hotelier in late 19th Century Paris. When the Order of Babel asks for his help, he is offered his true inheritance as recompense.

To find the artifact the Order needs, Séverin puts together a team. Séverin, an engineer, a historian, a dancer, and a brother must use their knowledge to find this artifact and solve their own problems along the way.

Though not a heist story, this plot gives me major Six of Crows vibes. And I’m all about it. If I don’t get my hands on this book soon, I may just die. 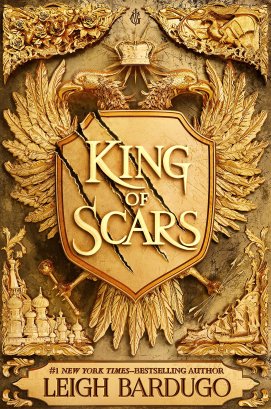 I have been anticipating this Grishaverse spin-off since I first heard about it in 2015. The story follows Nikolai Lantsov, my favorite character from the Grisha trilogy. Post-war Ravka is vulnerable and, as king, Nikolai is willing to do anything to protect his people.

With a team of allies, he travels to the far corners or Ravka to find the powerful magic he needs to vanquish his enemies— and get rid of the dark curse plaguing his soul. But not all wounds can be healed, and Nikolai may be in for more than he bargained.

Not only does the story sound awesome, but it’s more Nikolai content. Honestly, what more could you ask for? 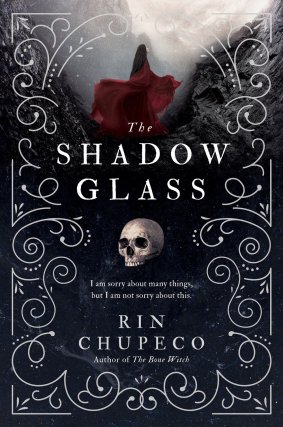 The Bone Witch is a tragically underrated series, and I will not rest until everyone reads it. 2019 is bringing the conclusion to this thrilling series, and I absolutely cannot wait to watch Tea Pahlavi burn down the world.

The series follows the aforementioned Tea, an asha with the power to raise the dead. As she grows up and develops her powers, Tea begins to uncover dark secrets the asha council has buried. The more she learns, the more she turns away from them and becomes the antihero she was meant to be.

I put off reading The Heart Forger for way too long, but I won’t drag my feet this time around. At least I don’t plan on it, although I am a mood reader. But hey, I’m always in the mood for a bad bitch. 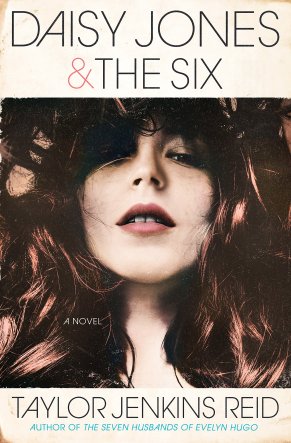 Jenkins Reid must’ve read what I said about The Seven Husbands of Evelyn Hugo. Another classic Hollywood tale? This time about musicians? Just take my money now.

The story follows Daisy Jones, a girl coming of age during the height of sex, drugs, and rock & roll. One day, she meets Billy Dunne, the lead singer of The Six. A producer takes notice and realizes the way to propel the band to superstardom is to get Daisy on board.

What else can I say? This book sounds fantastic and I need it now. 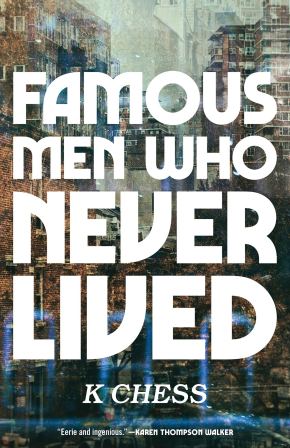 I found out about this book while browsing through Netgalley. I’m so glad I chose to check Netgalley for ARCs that day, while this book was still on the first few pages. Because I’ve discovered I’m a sucker for the similar parallel versions of familiar cities and this book is predicated on that.

The story follows Hel, a refugee from a parallel New York City ravaged by nuclear war. In order to cope in a world so alike yet so different from her own, Hel reads her partner’s copy of The Pyronauts obsessively. She decides to create a museum of artifacts from her world.

However, before she can, her book goes missing— the only copy left. It turns out Hel and her fellow refugees are not welcome in this world. Now Hel must decide how far she’s willing to go to recover her copy of The Pyronauts and face her grief over all she’s lost.

This book sounds so introspective and interesting. I desperately hope the publisher approves my request for an ARC. I can’t bear for this to be a universe where I don’t get to read this book soon. 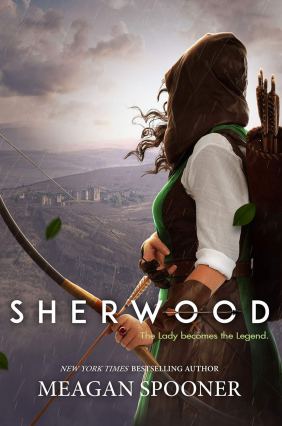 I don’t give a damn about Robin Hood. All I know is that Spooner wrote the best Beauty & the Beast retelling I’ve ever read. So I’m down for any other story she decides to write.

As I said, this book is a retelling of Robin Hood. It follows Maid Marian after she hears her fiancé Robin has died in battle. Her only chance at freedom is gone. When Guy of Gisborne, the nefarious Sheriff of Nottingham’s right hand, declares his intentions to take Robin’s place as Lord of Locksley and marry Marian, she decides to don Robin’s cloak and sword and pick up where he left off.

Now Marian is a symbol of hope and justice, a beloved vigilante come back to life. She didn’t intend to become a hero, but Nottingham needs a savior. It’s time for Maid Marian to become a legend.

Though intriguing, the summary sounds like a lot of YA fairy and folk tale retellings. But I trust Spooner to do something amazing with it. I just know this book is going to steal my heart and give me life. 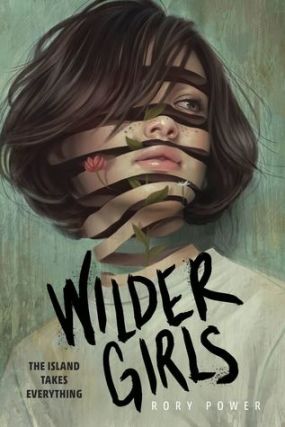 If I’d written an honorable mentions list for 2018, Sawkill Girls by Claire Legrand would’ve been on it. This book, though billed as an all-girl retelling of Lord of the Flies, reminds me more of Legrand’s latest release. So, obviously, I need it.

The story follows Hetty, a student at the Raxter School for Girls. When a mysterious evil called the Tox begins infecting the school and lands the school in quarantine, Hetty’s life is thrown into chaos.

And then Byatt goes missing and Hetty decides to brave the horrors outside the walls. As she ventures beyond the fence, Hetty discovers there’s more to the girls’ lives at Raxter than she ever thought possible.

I know, from the base of my soul, that this book will wind up being one of my favorites. There’s just something about it, man. It’s going to be wild. 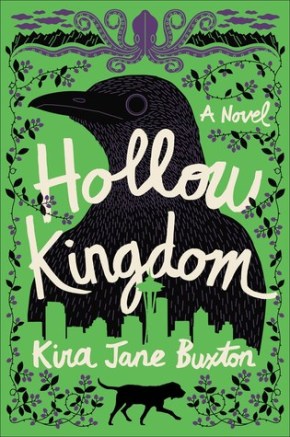 You ever hear a concept so weird, you know it’s going to be amazing? That’s me with this book.

The story follows a domesticated crow named S.T. who loves junk food, shit talking other crows, and spending time with his owner Big Jim. When Big Jim’s eye falls out, S.T. and his friend Dennis (who is a dog) must venture out into the world to search for a cure. It’s time for this crow educated by television to learn about the real world.

This concept is the kind of “what the fuck?” that makes you smile. I am devastated that my request for an ARC was rejected. I need this wonderfully weird story. 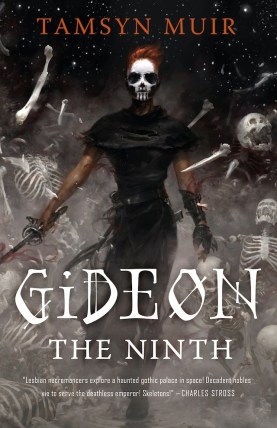 This book’s summary promises lesbian necromancers and that’s all I needed to hear. V.E. Schwab declaring she loves it is just icing on the cake.

The story follows Gideon, a girl raised by cruel nuns. In order to escape, she must turn to her childhood nemesis. Harrowhark Nonagesimus is a gifted bone witch who needs Gideon’s sword in order to beat the emperor’s deadly trials and ascend as a powerful servant of the Resurrection. Otherwise, the Ninth House will fall.

I feel like I didn’t really explain this book well, so let me just remind you of the main takeaway: lesbian necromancers. And really, isn’t that all that really matters?

This list would’ve been ten books long, if I didn’t double check my Want to Read shelf on Goodreads and notice this book has a release date. Neverwhere was the first book I read this year and I already know it’s going to be the book I rave about all year long. Knowing another book in this world is coming out in nine months is killing me. I can’t imagine being one of the people who’s had to wait twenty years.

This book doesn’t have an official summary yet, but Gaiman says he was inspired to write it after seeing how London has changed over the past two decades. The Seven Sisters are these incredibly feared beings in London Below. They make a very brief appearance in Neverwhere and I was fascinated by them. I can’t wait to learn more about them.

I cannot get over how much I love Neverwhere. If The Seven Sisters is even half as good as its predecessor, I’ll be on the floor. I would literally sell my soul for a copy of this book. Mr. Gaiman… Mr. Gaiman, please.

I have been waiting for The Last Hours since 2013. Six years later, and it’ll finally be a reality. I was starting to think the series didn’t even exist. Hell, I still kind of don’t. And I won’t until this book is physically in my hands.

Partially inspired by Great Expectations by Charles Dickens, this series takes place during the Edwardian era and follows the children of the Infernal Devices characters. A great plague is devastating the Shadowhunter community, shattering the peace they’ve had since the 1860s.

Meanwhile, unrequited love is in the air. Cordelia Carstairs pines after James Herondale, who longs for Grace Blackthorn. But it isn’t despairing love that will change their lives— it’s the grim new threat against Shadowhunters. Cordelia, James, Lucie, and their friends will have to learn the terrible price of being a hero.

I fully expect to adore this series. Even though Clare has let me down in the past, I still have faith in her writing. She’s got me in chains and I am but a slave to her stories.

These eleven books aren’t the only books for which I’m excited. They’re just the ones for which I have the most visceral need. For a full list, check out my thread on Twitter.

Update: I erroneously thought The Kingdom of Copper by S.A. Chakraborty was out when I wrote this post. It actually will not be released until January 22nd. Consider that number twelve on my list.

What are your most anticipated books this year? Tell me about them in the comments!

If you’d like to help me continue to post consistent content, check out my Amazon Affiliate link below! Today’s product is the novel Neverwhere by Neil Gaiman. Every year I find the book I won’t shut up about for 365 days earlier and earlier. This year, it was the first book I read. A portal fantasy for grown ups, this is the exact story I needed. And you need it too. Even if you don’t buy it, I still get credit when you use my link to shop on Amazon.