I’m a big fan of the YouTube Channel Translator Fails. Run by Malinda Kathleen Reese, each video is a song put through several layers of Google Translate and back into English. Then Reese performs the translated song. It’s pretty hilarious.

I was pretty excited when I saw bloggers doing the same thing with their favorite books. One of the first to do it was Sam from Fictionally Sam. After reading a few of these posts, I knew I had to give it a try.

I’m not sure how the others have done it, but I’m using the Malinda Method and putting the summary of my favorite books through several layers of Google Translate before translating it back into English. Each book will have a link to its Goodreads page so you can read the original summary. 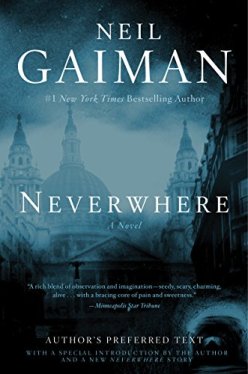 Under the streets of London is a world where many people could not dream.

When Richard Mayhew helps a wonderful girl get blood through the street, her sadness changes. His name is Porta, throws two black killers, and comes from London Down.

Its beauty brings a place full of monsters and angels, an animal in a maze, and a crown that has a court in the pipe.

Oliver Max has served 10 years in prison for murder. On the day he was released, he was taken away by a man who had been to him. The detective of his colleague will stop, but before that, he wants to know what happened ten years ago.

As one of the seven teenagers who set up Shakespeare for the academic world, Oliver and his friends are doing the same steps: heroes, villains, jealousy, try, that is, excess. But while throwing changes and top-level characters to make stars, these pieces are used in adventures in one’s life, one of which has died. So far, others are experiencing the biggest challenge: convincing the police and themselves can’t succeed.

Life in the shade of hunters is obligatory. Reduced price. Shadow of the word is a formal promise and no oath is sacred but the name combines the weekend, the other fighters. They promise to fight together, die together, but they have never liked it.

Emma Carstairs has learned that the love she lives with her Parabatai, Julian Blackthorn, is not only banned, but also destructive. He knows I must run from Julian. But how can this be, when Blackthorns are threatened by enemies everywhere?

His only hope is the Black Volume of the Dead, a very powerful book. Everyone wants. Only Blackthorn can catch it. He made a dark agreement with Queen Seelie, Emma. Her best friend, Christine. And Mark and Julian Blackthorn travel to the Faerie Court, where delightful pleasure includes blood risk and no promise. At the same time, the great enthusiasm between Shadowhunters and Downhunters has created a Cohort, a large group of Shadowhunters volunteers to record Down Democrats and Nephilim “improper.” They will do whatever they can to reveal the secrets of Julian and to take the Foundation of Los Angeles to them.

When Downworlders return to Clave, a new threat, in the form of Shadow Lord, Unseelie King, sends his great fighters to kill them with the blood of Blackthorn and take Black Volume. As a dangerous approach, Julian designs a risk plan that relies on an unprecedented enemy cooperation. But success can come with prices that they cannot even think of him and Emma, ​​who will bring blood cells that can have a bearing on everyone and why they test.

Throughout the world, there are black marks on the doorways, punctuated by wings of wings flying through crack in the sky.

In the dark tent, dust, human dental supply, and demonstration increase at risk.

And in the streets of Prague, a small pupil will go to war in foreign warfare.

Meet the Carous. It includes books of animations and monsters that may or may not be true, easy to deal with incredible “obstacles,” speak many languages, not all people, and her blue-colored hair comes from her head. What is this? This is the next question and is about to learn.

Being a good and embarrassing person puts his fiery eyes on the disk of Marrakech, the result is blood star and light, revealing the secrets and love among the starring stars. But will Karou live, learn the truth about himself? 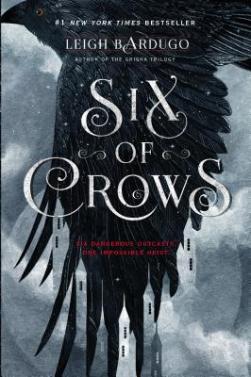 Ketterdam: an international international trading center where you can find anything at best prices and nobody knows more than Kaz Brekker criminals. Kaz offers the possibility of death robbery that makes him rich of wild dreams. But you cannot do it yourself. . . .

The thirst for blood of revenge.

Refugee with a good history.

An investigator known as Wraith.

A heart that uses his magic to live.

Thief for gifts for the release of justice.

Kaz employees are the only thing that stands between the world and the destruction if they do not first ignore it.

Kell is one of the last Antaries: magicians who are rare and desirable to travel between the London bonds. Red, gray, white, and sometimes black.

Kell grew up in Arnes (Red London) and officially serves Maresh’s ambassador as a pilgrims, moving between the regular changes of the London White House and the George III Council in boring, non-magic London.

Effective, Kell is a striker who serves people who are willing to pay even to the limited world level they cannot see. It’s a tough game with a bad result, which Kell sees first.

After the bad exchange, Kell runs to Gray London and meets Delilah Bard, a great prospect fund. He first stole him, then rescues him from the enemy of death, and ultimately forces Kell to take him to another world for the right adventure.

Now dangerous magic is on the way, and betrayal has been hidden every step. To save the whole world, you must first live.

Barcelona, ​​1945: after the end of the war, the world’s largest city in the shade, with a careful eye injury, a young man named Daniel wakes up to his eleven birthday, realized that he could not remember his mother’s face.

To comfort his only son, Daniel’s father left, the ancient book, from the beginning of the mystery cemetery, forgotten books, the library, a trademark party again rare books from Barcelona, ​​kept forgetting the world of books waiting. One will care for you again. Daniel’s father encouraged him to choose a maze-shaped maze from shelves, which is said to have special meaning for him. Daniel likes to choose a novel, “Shadow of the Wind” Julian Kalakesi, to search for other areas of Kalakesi occupation.

Surprisingly, he realized that someone had been destroying every copy of every book written by the author. In fact, it can be the last existence. Before Daniel knew it, the search of innocents Barcelona looked open to the door in dark mystery, which is the epic epic of murder, magic, madness, and love gone astray. She immediately realized that if you do not find the truth Julian Kalakesi, then she and her close to those who are experiencing great pain.

Well, that was fun. Definitely worth the time it took to translate all that. In the spirit of this post, run your comments through Google Translate before leaving them. It’ll be hilarious!

If you’d like to help me continue to post consistent content, check out my Amazon Affiliate links! Among my links are some cool tech, books, and a weighted blanket! Even if you don’t buy one of my affiliate products, I still get credit when you use my link to shop on Amazon.