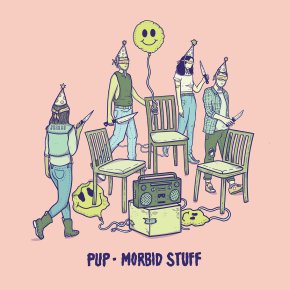 The best way to describe PUP is that they’re the angry version of The Front Bottoms. The lyricism and vocal stylings are strikingly similar, though the delivery stands in stark contrast. This is alternative with a dash of emo. Morbid Stuff is an ode to being an edgy, angsty teen and also a rejection. This is an album for those of us who have grown out of our edgy phase, but remember it with some amount of nostalgia.

Songs like the title track, “Kids” and “Free at Last” deliver this theme the most poignantly. Meanwhile, “See You at Your Funeral” retains the attitude of angsty teens while spreading a positive message. Sometimes it’s better to just cut someone off and never interact with them again. Sometimes that kind of bluntness is the healthiest option. Other highlights include “Scorpion Hill” and “Bloody Mary, Kate and Ashley.”

Morbid Stuff is proof that punk rock is not dead. On the contrary, it’s thriving. The angst of this record is merely deceptive. This album is mature and introspective. As aggressive as it sounds, it advocates more for happy living than most albums do. There is nothing morbid about this fantastic record. 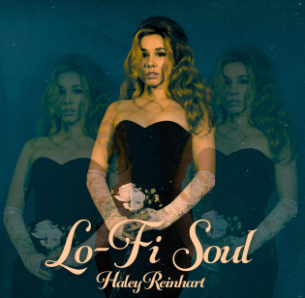 If I were to ever write a The Most Underrated post about an American Idol alum, it would be Haley Reinhart. She was underappreciated during her tenure on the show and she’s been underappreciated as an artist since. You probably know her as the faceless girl who sang “Can’t Help Falling in Love” for that sappy gum commercial. Maybe you recognize her from her collaborations with Postmodern Jukebox. Either way, I can almost guarantee you’ve paid her solo work dust.

Lo-Fi Soul is Reinhart’s fourth studio album. It, along with her previous three records, is marked largely by its jazz influences. Reinhart’s trademark raspy, soulful voice dominates every song. The song-writing is crisp and detailed, a throwback to classic jazz music. Everything about this album is technically perfect.

The problem is I have always vastly preferred the pop/jazz fusion of Reinhart’s debut album Listen Up! to the straight jazz she’s done since. It made her stand out as an artist, rather than feel like a karaoke singer (albeit an incredibly talented one).

That’s not to say this is a bad album. It’s not! Highlights include the title track, “Deep Water,” and “Honey, There’s the Door.” The entire album is infused with Reinhart’s cheeky personality. It’s just that this isn’t the kind of music I’d give repeat listens. And that’s a shame.

Lo-Fi Soul is a decent album, but I’ll forever maintain that Listen Up! is her best. I’d even argue it’s one of the best albums by any Idol alum. Lo-Fi Soul, unfortunately, is going to stay as underappreciated as the woman who performs it.

Have you listened to either of these albums? What are your thoughts? Let me know in the comments!

If you’d like to help me continue to post consistent content, check out my Amazon Affiliate link below! Today’s link is an Audible Membership! Even if you don’t buy it, I still get credit when you use my link to shop on Amazon.