Top 5 Wednesday is a weekly book discussion with a new topic every Wednesday. It’s each blogger and BookTuber’s job to pick five book-related things (though you’re welcome to pick things from other media, if necessary) that fit the topic.

Well, it’s been a minute since I’ve done one of these. I didn’t care for any of April’s topics. I started to do last week’s topic and then decided I didn’t feel like writing it. So today is my big T5W comeback.

Mother’s Day is this Sunday in the U.S., so this week’s topic couldn’t be more apt. What’s tragic is that it was really tough to come up with maternal figures in books. They are bizarrely absent. I can rattle off plenty of father figures, but mother figures are far trickier. Why is that?

Okay, probably not. I blame Disney. Early Disney films used this trope and it became insidious. And now I can’t find many quality mother figures anywhere. So I’m going to have to branch out beyond books. And that’s exactly what I’ll do. 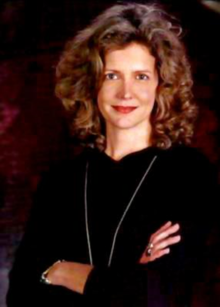 Imagine finding out your daughter spends her nights killing vampires and demons (and also that those things exist) and still being supportive. Joyce Summers is the MVP of fictional moms.

Janine starts the story as a pretty bad mom, but really learns to relate to and trust Rose. By the end, they understand each other on a deeper level. Also, she’s a total badass.

Honestly, Kitty is my favorite character on That ‘70s Show. She is so funny. She is the wine mom I know I’d be. But she’s also dedicated to her family and would do anything for her kids, even those she’s not biological related to. She’s everyone’s mom. 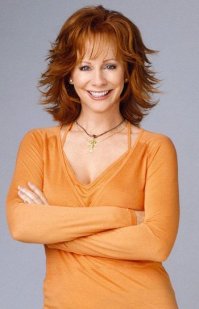 She’s a single mom who works too hard, who loves her kids and never stops, with gentle hands and the heart of a fighter. She’s a survivor.

Technically we’re not supposed to use Harry Potter characters, but I’m a rebel. Also I chose Arthur Weasley for the corresponding Father Figures post last year, so it’s only fair. Molly loves all her children so deeply, including Harry. She provides for them and fights for them. And you won’t touch her daughter, you bitch!

Honorable mentions go to Maura Sargent and Jocelyn Fairchild, who aren’t favorites. They also go to Lily Evans Potter, since I’m only breaking the Harry Potter rule once. And they go to Estelle Costanza, who I almost chose instead of Molly but I wanted to choose good moms. And also I wanted one more book mom.

Who are your favorite mother figures? Let me know in the comments!