I saw that Angelica of The Book Cover Girl did a post about this recently and thought it was a cool discussion post. We often talk about the authors we love, but what about the ones we’ve given up on?

There are several authors I’m pretty sure I’m throwing in the towel on. I don’t want to say I definitely won’t read from them again because whenever I say that I wind up picking them up again. I think it’s the same concept as when someone tells you you can’t do something and then that becomes all you want to do. So these are authors I probably won’t read again. And a couple are pretty controversial, so… brace yourselves, kids.

I used to be a huge SJM fan, but I’ve found her books don’t hold up to reread. About a month or so ago, I even wrote a post about how I wasn’t going to read her new book… but I just bought it at Walmart. In my defense, the cover is really pretty and I have FOMO. But this will be the book that truly makes or breaks my relationship with SJM and I have a feeling it’s going to be the latter. 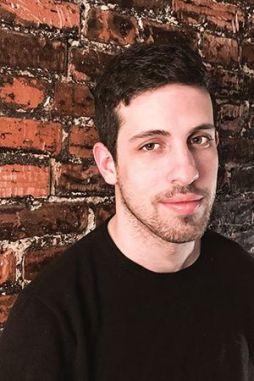 A part of me feelings like this is cheating, since I technically haven’t read a whole Silvera book. I DNF’d They Both Die at the End a couple years ago and haven’t felt the desire to read any of his other books since. I really don’t like how he writes slang. It feels very, “How do you do, fellow kids.” I’ve also heard his last couple books aren’t very good, so I think I’m going to have to pass on this author.

I’ve had nothing but so-so experiences with Skrutskie’s books. I read The Abyss Surrounds Us a couple years ago and thought it was okay. At the time I intended to read the sequel, but I no longer care. I read her new book Bonds of Brass and really didn’t like it. It’s adult sci-fi, but reads like mediocre YA. So I think this is where I part ways with Ms. Skruskie.

Yeah, so I don’t really like Stephen King. Granted, I only read Apt Pupil, but it’s filled with the misogyny and racism that often characterizes his books. In some ways, it makes sense in this book since the characters are literal Nazis. But it’s really uncomfortable to read and his writing style just isn’t good enough to persuade me to try another of his novels. Plus, he often tweets about how diversity makes books bad and other bonkers takes. I really don’t want to support someone like that, and so I won’t.

When Shatter Me was a trilogy, I really enjoyed it. Then Restore Me came out and ruined everything. While I like Mafi’s writing style, her storytelling just isn’t for me anymore. Even Furthermore, a book that seems built for her writing, didn’t do it for me. Sadly, I’m going to have to leave her behind.

Who are some authors you’ve decided to quit reading? Let’s discuss in the comments!