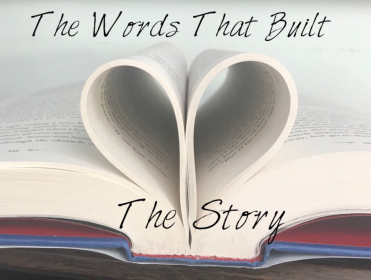 When asked to list popular YA authors, Laini Taylor often doesn’t make people’s lists. This by no means indicates that she’s not as good. On the contrary, her writing is downright ethereal. It’s just not as readily accessible. Where most YA is written in a fairly straightforward manner, Laini’s prose is poetic and lyrical.

In fact, her entire style is characterized by metaphor and flowery phrases. This extends to her characters and world-building, where she creates believably quirky characters and unique mythologies. In a world of styles that almost seem to blend together, Laini Taylor’s stands apart.

While many authors employ metaphors, Taylor’s writing is made of metaphors. Such flowery writing is not for everyone, as the meaning of everything must be inferred rather than implicitly understood. For example, when describing Karou from Daughter of Smoke and Bone, Taylor says, “She moved like a poem and smiled like a sphinx.” It’s not something that can necessarily be put into simpler terms— it’s something to be pictured, not explained. Rather than merely describing, her words paint a portrait.

Take this passage, where Taylor discusses happiness: “It was the place where passion, with all its dazzle and drumbeat, met something softer: homecoming and safety and pure sunbeam comfort. It was all those things, intertwined with the heat and the thrill, and it was as bright within her as a swallowed star.”

You can almost physically see happiness when described this way— not a character’s happy expression, but happiness itself. This makes the concept so much more impactful. You can feel that same sense of happiness, the detailed lyricism drawing a sense of empathy from you.

This same sense of poetry is reflected in Taylor’s characters. Karou is an artist with blue hair and tattoos. But her quirkiness never comes across as forced— it’s as natural as Taylor’s flowery writing. Karou comes across as real in her big heart, her courage, her sadness, and her self-doubt. Her well-rounded characterization makes the quirkier aspects of her personality seem more realistic. In fact, both facets of herself complement each other and really help bring her to life.

By that same token, Lazlo Strange from Strange the Dreamer comes to life because he is both a whimsical dreamer and a lover of books and history. In fact, his dreamer nature could not exist without his love of books and history and vice versa. He is neither all quirky nor all grounded. And this, in turn, is what makes him a realistic character.

Honestly, the same can be said for Taylor’s lyrical, flowery writing. It is because the metaphors and poetry paint such a vivid, realistic picture that the writing stays grounded. It’s never pretentious or condescending. Each word is chosen with care in order to help paint the overall picture. However, it all really works because this balance exists in the writing, the characters, and the worlds her stories take place in.

Laini Taylor’s worlds are unique and whimsical, like a dark Wonderland. Of course, there’s purpose in Taylor’s fictional lands, so the similarities end there. The implication, however, is that they all exist in the same larger universe.

You see, the different worlds exist beside each other through a veil of sorts and each one serves a different purpose. Our world is the grounding world, our base for reality. The next world, war-torn, takes influence from the Christian Bible and Greek mythology but becomes its own beautiful setting.

Yet another takes familiar customs like monkhood and god worship and turns them on their heads. Thus, even people with blue skin make perfect sense in-world. It is that balance of stark reality and wild unreality that make these worlds come to life and even seem livable.

When asked for a list of the most unique YA writers, Laini Taylor should be at the top. Her writing is remarkably poetic and lyrical, but it’s that flowery style that really grounds her work. Her characters and settings have the perfect balance of uniqueness and relatability, bringing them to life and almost making them feel more real than our world.

This metaphorical style reveals a deep understanding of humanity, the beautifully convoluted words able to portray ideas simpler terms could not. Her majestic writing produces not only vivid images, but a wide range of emotion. In other words, it’s beauty, it’s grace, it’ll punch you in the face. And, as a fan of her writing style, I could not be more grateful.