The Most Underrated is a meme in which I discuss the most underrated songs by an artist or band. Occasionally I may branch out, but this is the main theme. Today’s artist spotlight is on Hilary Duff! 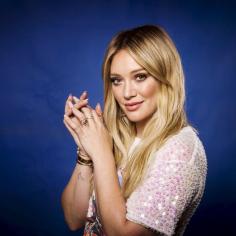 Hilary Duff was the first pop star I ever idolized. I spent three or four years dreaming of being a pop star myself before I discovered the horrible truth… I’m not a very good singer. Regardless, from Lizzie McGuire on, I was a Hilary Duff super fan.

Though she’s not as famous as she was during her heyday, Duff has songs from all her albums that I think are woefully underrated. From Metamorphosis to 2015’s Breathe In. Breathe Out, these are the Hilary Duff songs I think deserve more love.

I’m breaking my rules slightly for this one because I don’t like to choose singles as underrated songs and this was the third single off Metamorphosis… but only in Australia. There’s an element of British pop punk at play here I really enjoy. I also really like the message, listening to that voice in your head reminding you not to go back to someone who hurt you. I love what this style does to Duff’s voice, especially on the chorus. It’s a song I definitely didn’t appreciate enough as a kid.

Featured on the A Cinderella Story soundtrack, this love ballad is a hidden gem. It’s a sweet, frank confession of love cradled in guitar and tenderness. The verses are sweet, while the chorus is an explosion of emotion. Ever since I was a kid, this song has had a special place in my heart. It’s a perfect song for the movie and for general enjoyment.

I didn’t learn to appreciate this song from Duff’s self-titled album until my teenage years when I was edgy and depressed. The entire album finds Duff embracing her inner rocker, but this song strikes a particular chord that’s long stuck with me. It’s a song about depression and hiding said mental turmoil, but finding someone who may be able to help you survive it. It’s surprisingly dark for a Hilary Duff song and I love it for that.

You probably remember the two singles from Most Wanted, but the song you really should remember is the third new song from the compilation. The voice effects on the verses are so cool, almost as though Duff is trying to disconnect herself from the pain of being dumped. Plus, the intro with the drum solo and blaring guitars is so cool. It’s a simple song, but a good one.

This song from Dignity is probably my absolute favorite Hilary Duff song. It’s a thundering anthem about trying to get through to someone you care about, someone who’s not reciprocating that love and care. One line that’s always stuck out to me is, “See the funny thing is you’re just as useless as me.” It shows that these are both flawed people, but only one is putting in the effort. The emotion in this song is just so desperate and raw. Easily Duff’s best song to date.

I honestly wasn’t sure Breathe In. Breathe Out. was going to have a song I truly considered special, and then I gave this track another listen. It’s this acoustic ballad that somehow feels both sweet and heartbroken. In it, Duff reflects on how this relationship has left permanent marks on her, changing her irrevocably. It’s so fragile I can’t help but feel moved by it.

Do you agree with my choices? What Hilary Duff songs do you think are underrated? Let me know in the comments!

2 thoughts on “The Most Underrated Hilary Duff Songs”