As April was a so-so reading month for me, I’m really looking to step it up in May. I’ve already finished one book (albeit one that I started in April, but it still counts). Here are the rest of the books I plan on trying to read this month:

I can’t pretend I don’t hate myself a little for choosing to read this, but I also received my copy from a friend and thus paid nothing for it, so it evens out. This novel concludes the Court of Thorns and Roses trilogy (any spin-offs not withstanding). I don’t want to say too much about the plot, as it’s a concluding novel, but I will say it’s about fae and a war is coming. I’ve already started this one and, let me tell you, it’s been addicting thus far.

This is another one I’ve already started, but I’m looking to finish it as soon as I can. This is the second book in the Star-Touched companion series. It follows Gauri, a warrior princess, and Vikram, an adopted royal, as they journey to the Otherworld to compete in a game in which the prize is a wish. I’m already liking this book more than the first one and can’t wait to see where it goes from here.

It’s been a year since I read it and Lord of Shadows comes out this month, so I’m due for a reread. This is the first book in the latest series in Clare’s overarching Shadowhunter Chronicles, The Dark Artifices. It follows parabatai Emma Carstairs and Julian Blackthorn as they investigate a series on demonic murders throughout LA. I thoroughly enjoyed it the first time, so I’m sure I’ll love it the second time.

Of course this is on my May TBR. It comes out in just a few weeks and I’m super excited to continue Emma and Julian’s story. 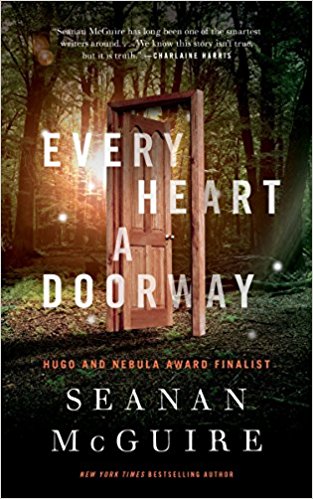 People seem to be torn on whether this is a novel or a novella, but either way I’m reading it this month. The publisher was giving away free ePubs and so I had to snag one. It follows the kids who went to magical worlds (a la Wonderland and Narnia) and how they are coping with the real world. I believe they get brought to some kind of school together. But there’s supposed to be lots of diversity, so I’m eager to check it out.

I gotta be honest… I’m not really sure what this book is about. I know it either takes place in Russia or uses Russian mythology and there’s some magic involved. I’ve heard it compared to the Grisha trilogy by Leigh Bardugo, if it was darker and Alina ended up with the Darkling. While I don’t ship it… I can’t say I’m not intrigued.

This is one I started back in March, but put on hold because I wasn’t really into it. But it seems like a quick read, so I’m going to give it another chance. It follows Fallon, a Celtic princess who is captured and made to be a gladiator. It sounds like it’ll be badass at any rate.

This is the second (and unfortunately final) volume in the Mockingbird graphic novel series. I’m not sure what the plot of this one is, but I imagine it follows Bobbi Morse as she deals with the choice she made in Volume One and also goes on a well-deserved vacation. 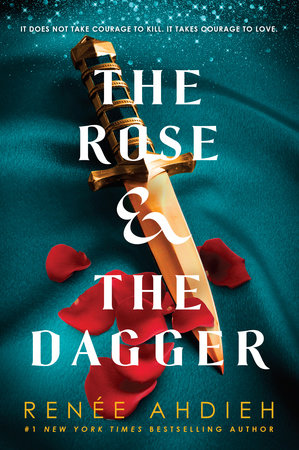 I reread The Wrath & the Dawn earlier in the year and started to reread this one and need to get back to it. As it’s a sequel, I don’t want to give too much plot away but I will say the first book is based on the 1,001 Nights tale.

Hopefully I’ll be able to get through all this, though the order might change. Wish me luck. What books are you hoping to read this month?