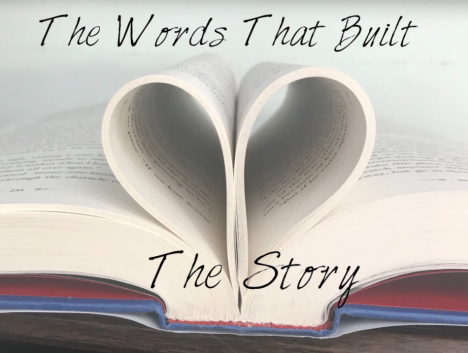 Over the past few years, Victoria Schwab (V.E. when writing for an adult audience) has become one of the biggest names in young and new adult fantasy. While Schwab will readily admit hers was not an overnight success, this skyrocket into the public consciousness was inevitable. Her stories are unlike anything else out there, born out of a mind that’s a little bit wonky and a little bit scary.

But what really makes her books special is her writing style. Her writing tends more toward the frank, yet vaguely lyrical. Her worlds are inventive and unique. I would argue, however, that her writing style is focused mainly on one thing and one thing only: character.

Before I get into that, though, I want to first address how she gets these inventive ideas across. As I said earlier, her writing is an odd mix of simplicity and complexity, cleverly weaving them into a voice all her own. It’s not flowery, but it has an odd beauty to it. Her way of stitching words together and world-building is a great bridge between YA and adult fantasy.

Now, on to character. Schwab’s books are largely character-driven, leaving the plot as a secondary concern. Straying away from the good vs. evil archetypes, her characters are frequently morally gray or, at the very least, are deeply flawed. This makes her characters real in a way plot-driven novels are not always. The characters drive the story. Their actions and choices determine everything. It’s all cause-and-effect.

Whether that character is a vengeful superhuman a la Victor Vale from Vicious, a secretive spirit hunter like Mackenzie Bishop from The Archived, or a frustrated but kind-hearted parallel world traveler like Kell Maresh from Shades of Magic, these characters (along with their fellows) are the story. Due to this, when critics say her books would be nothing without the characters, I have to agree. Her characters are the story.

Schwab does another thing that defines her writing style, which is using setting as a character. The environments these characters live in feel alive because, in a way, they are alive. Red London is not just a city, it’s an identity. It’s a being of magic that cradles the human characters and the two interact with each other.

This concept is further explored in the Monsters of Verity duology, in which the setting breeds monsters and monsters feed into the setting. This continuous cycle makes Verity, the city in which the story takes place, just as much a character as Kate Harker or August Flynn. Rather than the setting being inconsequential or happenstance, it influences the story as any other character would.

Although only somewhat pertinent to writing style, I would like to delve a little into the creative concepts Schwab uses for her books. She builds such unique, unheard of worlds, like the parallel Londons of Shades of Magic, a world that creates monsters when crimes are committed in Monsters of Verity, or a world where people must prevent spirits from breaking back into the living world like The Archived. These ideas are so wild and different, you have to wonder how she came up with them.

I would argue, however, that these worlds influence her writing style tonally, if in no other way. Shades of Magic is magical and almost nostalgic, while Vicious is dark and clipped. In this manner, perhaps the setting changes the author as well.

Schwab’s writing style is also effected by the audience she is writing for. While she doesn’t necessarily “dumb down” her writing for YA and middle grade audiences, she does alter the loftiness of the vocabulary and the themes she discusses. She makes her writing accessible to the target audience, allowing them to connect and understand easier. This extends to the creation of her characters, often making them an age that also reflects the target audience. Thus, ultimately, her writing style still comes back to character.

I won’t pretend I don’t have a bit of a bias toward Schwab, as she is one of my favorite writers. And I also won’t pretend I don’t prefer character-driven stories to plot-driven ones. And yet, her writing style was almost more difficult to pin down than that of the other authors I’ve dissected. But, ultimately, what make a Schwab story a Schwab story is the characters. It is the living setting. It is the wacky ideas and the intended audience. It’s a chameleon, being what it needs to be for the story, the audience, and Schwab herself. And that, perhaps, is the most beautiful thing of all.

2 thoughts on “The Words That Built the Story: A Study of Victoria “V.E.” Schwab’s Writing Style”